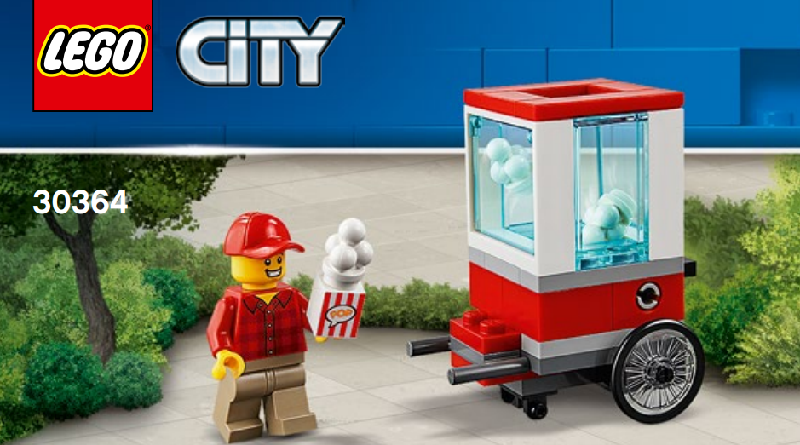 The many new LEGO polybag sets revealed include two new sets for the City theme – 30363 Jet-Ski and 30364 Popcorn Cart.

In a deluge of new polybag reveals, LEGO City 30363 Jet-Ski and 30364 Popcorn Cart have been uncovered by Brickset. The first of the two sets features a jet ski with minifigure to steer it, in a similar way to previous releases. 30364 Popcorn Cart is much more interesting, offering something new that could nicely complement a City layout. It is not yet known if these will be used as part of a promotion or available to buy.

The latest LEGO City releases offer a variety of subject matter, with high tech crimes being the focus in Police sets such as 60208 Parachute Arrest and 60209 Diamond Heist. More civilian based sets are available too, such as 60222 Snow Groomer and 60240 Kayak Adventure.