A profile of a passionate teacher has spotlighted the LEGO Education Master Educator scheme.

While most fans encounter the LEGO Group through buying sets or bricks as part of their hobby, a less commonly known part of the company is LEGO Education. The names comes up from time to time, but the LEGO Group actually has strong ties to education professionals and institutions around the world.

Earlier this year, the LEGO Group launches the LEGO Master Educator scheme, which would recognise certain professionals with the Master Education title. What it meant was unclear, but it seems that the program seeks to embed the LEGO Group’s education philosophy and tools in schools around the world.

Komo News recently featured a LEGO Master Educator from the delightfully named town of Graham in Washington State, USA. Ian Chow-Miller is part of the scheme and sits on the LEGO Education Advisory Panel, feeding back to the LEGO Group as part of the company’s collaborative way of working with teachers. 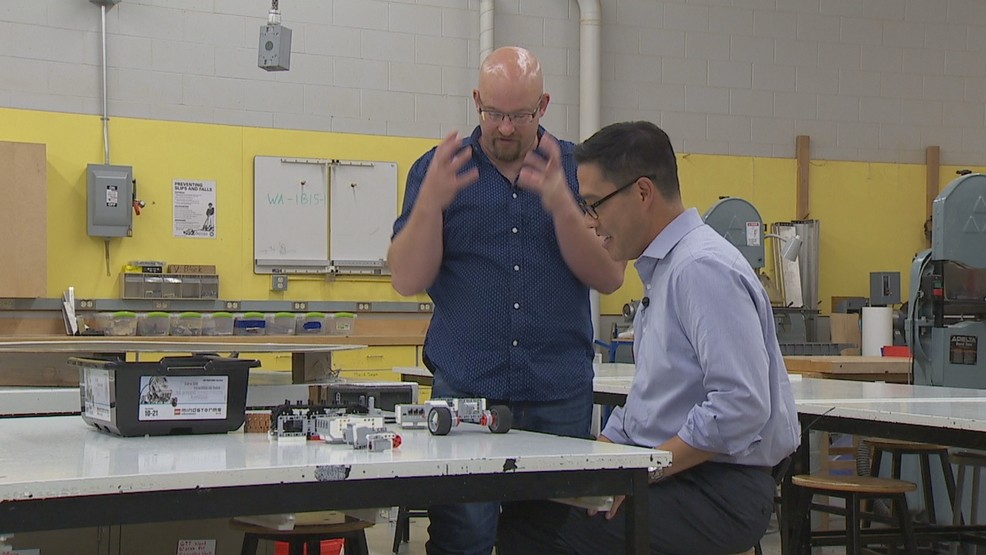 Enthusiasts will be familiar with the six brick example used by the LEGO Group, that highlights the number of ways that just six elements can be combined, highlighting how important individuality is to creativity. “I want to see what they can do with their hands, that they have the ability to tackle different situations and come up with their own solutions,” Chow-Miller told his local news website, while demonstrating the six brick example.

That is just the beginning of what he teaches using LEGO Education tools, which focuses on technology and robotics. “When they start to build their robots, if it accomplishes the task you set forth it doesn’t matter what it looks like or how you accomplished it,” said Chow-Miller. “There is no, that’s the right robot or that’s the wrong robot.”

The teacher credits the LEGO classes with helping students get more hands-on and less theoretical, also noting that it can be beneficial to children on the autistic spectrum.

While the LEGO Group has had the Education department for many years, the section of the company is increasing its presence around the world through new network building schemes such as LEGO Master Educator program and through successful continuing projects such as First LEGO League.