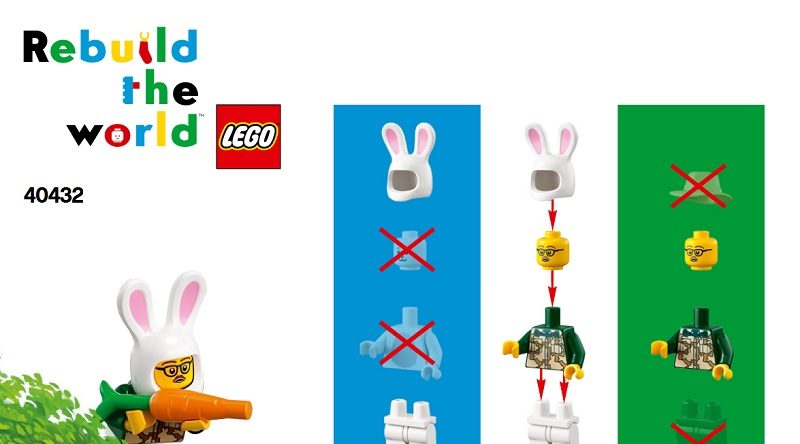 An imaginative new minifigure has been revealed with LEGO Rebuild the World branding.

The LEGO collecting website Brickset has shared an image of a new product, LEGO Rebuild the World 40432 Minifigure, which the LEGO Group has shared the instructions for. It will presumably be a promotional polybag, given its tiny size.

It seems that the little set will include minifigure pieces for a rabbit person – which for the first time will have a rabbit face print – and for a regular human person. Rather than build them ‘correctly’ though, the instruction leaflet encourages the builder to mix them up.

While its distribution is currently mysterious, more will surely be revealed about this set in due course. 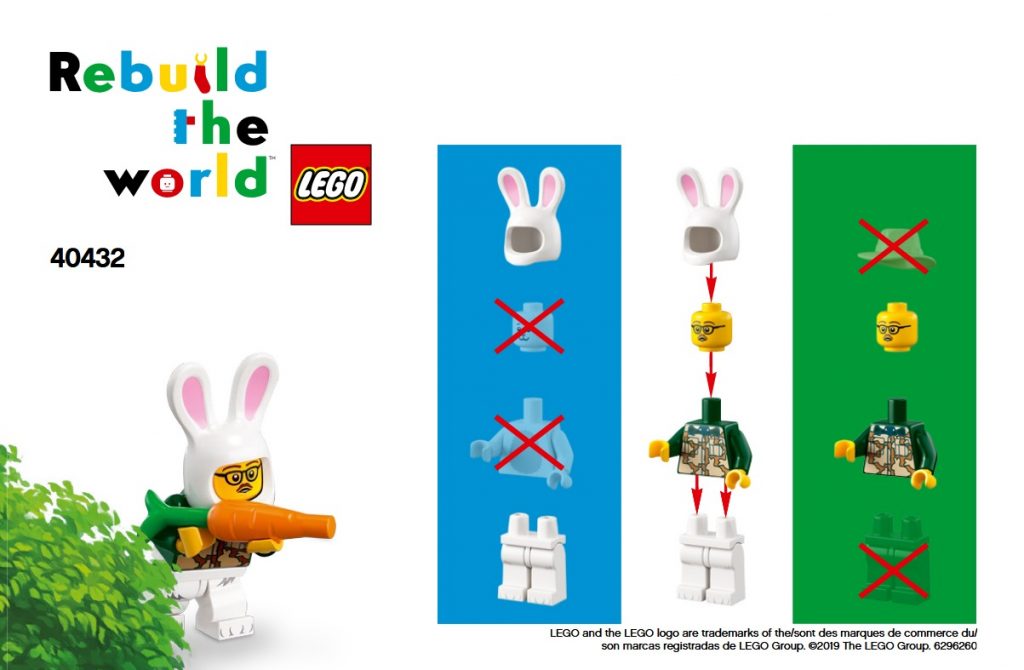 In other minifigure news, LEGO Collectible Minifigures 71025 Series 19 blind bags are now available in full boxes at LEGO.com. Each box contains 60 minifigures, including at least one full set of the cute and varied characters.

Yesterday, the LEGO Group announced the next Winter Village release, LEGO Creator Expert 10267 Gingerbread House. The set will be released on September 18 for those looking to add some LEGO whimsy to their Christmas decorations.