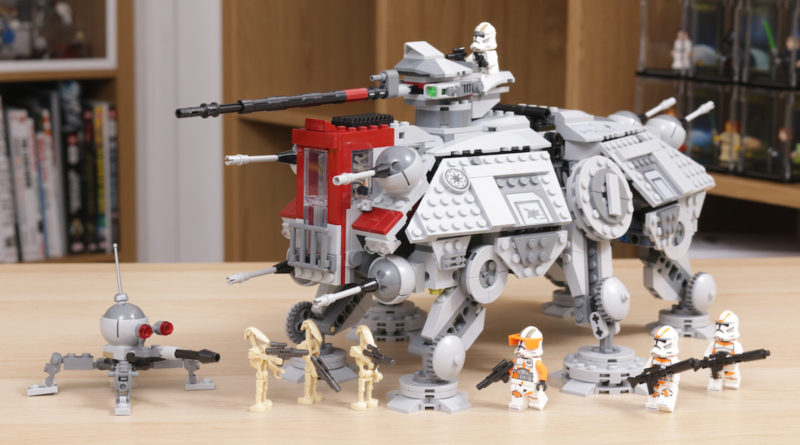 The LEGO Star Wars team has responded to confusion among the community around the droids in the newly-released 75337 AT-TE Walker.

Alongside the long-awaited Commander Cody, its three 212th Clone Troopers, Clone Gunner and three Battle Droids – all of which firmly plant it on Utapau as a Revenge of the Sith set – 75337 AT-TE Walker includes a Dwarf Spider Droid. It’s not the first LEGO Star Wars Spider Droid, but given the backdrop to the Republic vehicle, it is perhaps the most puzzling place it’s turned up so far.

That’s because the Spider Droid was totally absent from the Battle of Utapau in Revenge of the Sith (according to Wookieepedia, anyway). But multi-legged droids still had some representation, in one of the sequence’s most memorable moments (beyond Obi-Wan and General Grievous’s tussle), as a Clone Trooper climbs atop a Crab Droid and fills it full of lasers.

The question is, then: why didn’t 75337 AT-TE Walker include a Crab Droid rather than a Spider Droid? It’s one that’s been asked by LEGO Star Wars fans since the 1,082-piece set was first revealed, and the theme’s Creative Lead Jens Kronvold Frederiksen has now offered something in the way of an answer.

“To be honest, I cannot remember the Crab Droid coming up in design discussions, but it would have worked really well in the context of Utapau,” the designer told Brickset. “I think that would be a great build for a future battle pack, without making any promises in that direction, of course.”

There you have it: the Crab Droid was… never even in consideration. If it’s any consolation, LEGO Star Wars Senior Graphic Designer Madison O’Neill noted that there’s ‘obviously demand for a Crab Droid’, so fingers crossed the LEGO Group will one day deliver now it knows the thing exists. A quick rewatch of Revenge of the Sith would probably help, too.

75337 AT-TE Walker is available to buy now, while you can check out our review here. If you want to put together your own Crab Droid in the meantime, there are plenty over on Rebrickable.