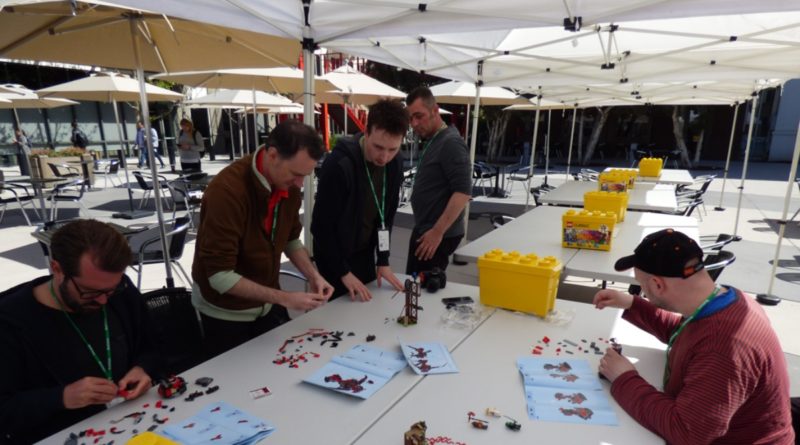 The LEGO Group put out a tweet suggesting that adults should schedule LEGO play dates, and plenty of people seem to agree.

While LEGO is seen predominantly as a children’s toy there has always been a substantial following among adults. Over the Covid induced lockdown, many more joined the ranks of the AFOL (Adult Fan Of LEGO) community, which the LEGO Group took note of. With the ‘Adults welcome’ advertising campaign and the introduction of the 18+ branding, it seemed that the more… mature LEGO builder was being embraced rather than simply acknowledged.

For many adults, however, LEGO collecting and building isn’t something they go out of their way to advertise among their peers, which is strange when you consider something like the model train community. It too appeals to the creative-minded (with deep pockets) and is, ostensibly, a toy. But enthusiasts are more than happy to talk to all and sundry about their hobby. And interestingly, don’t feel the need to categorise themselves as ‘Adult’ model railway enthusiasts.

Recently, the LEGO Group, as part of its ongoing #LEGO90Years campaign, tweeted ‘Normalize adults scheduling building play dates’. And it clearly struck a nerve, being retweeted hundreds of times and liked by thousands of users. There were plenty of positive replies, too, and not just pointing out that ‘normalise’ is spelt with an ‘s’. Many users posting pictures of the sets they were building, and plenty more on the lookout for a building buddy.

While ‘play dates’ may not be the term that many would choose for an adult gathering, there’s no doubt that building with LEGO can be an immensely satisfying experience, something that the LEGO Group has clearly latched on to. They recently trialled a new ‘Build Together‘ experience which allows groups of between two and five to build a set together, providing each has a suitable smart device.

With an ever-growing community of AFOLs (maybe one day we’ll all just be FOLs), groups of adults, meeting together to build together may become not just the preserve of LEGO User Groups and Corporate team building days, but something that we just do for the fun of it. Maybe we already are, but we’re just not talking about it.

You can support the work that Brick Fanatics does by purchasing your LEGO sets – maybe for your next meet up – via our affiliate links. Thanks.