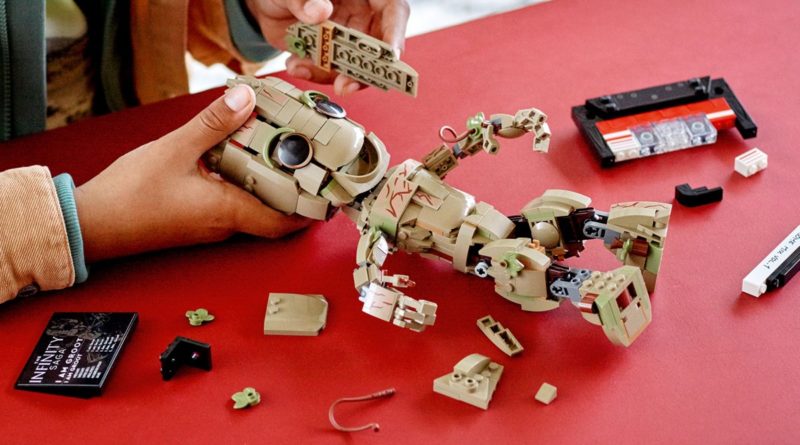 The LEGO Group has won five of a possible 17 categories at the latest Toy of the Year Awards, with sets and minifigures including 76217 I am Groot and 71033 The Muppets.

This is technically the second Toy of the Year Awards ceremony in 2022, as the Toy Association’s annual event has moved from its usual February slot to September, giving companies a chance to promote their toys in the run-up to the holiday shopping season. Following two years of virtual ceremonies in the wake of the coronavirus pandemic, the Toy of the Year Awards & Celebration returned to Dallas, Texas for a physical event attended by hundreds of members of the toy community.

The LEGO Group took home seven awards in February’s event this year, and has followed that up with another five gongs this time round. This year’s only series of licensed Collectible Minifigures, 71033 The Muppets, took home the Collectible of the Year award – while its new buildable Guardians of the Galaxy character 76217 I am Groot bagged Construction Toy of the Year.

A total of 18 winners were announced across the 17 categories, with a tie for Specialty Toy of the Year (neither of which were LEGO sets). The LEGO Group also scooped awards for Grown-Up Toy of the Year, Playset of the Year and Vehicle of the Year with a range of brand-new-for-2022 products, including one that has actually yet to hit shelves in 21336 The Office.

The latest LEGO Ideas set, which launches October 1, won the Grown-Up Toy of the Year award, presumably because a LEGO set of an office building isn’t exactly going to set kids’ imaginations on fire. It does look brilliantly accurate to the US sitcom, though, so plenty of grown-ups will probably be picking it up come the beginning of October.

LEGO Super Mario is a regular contender in the Toy of the Year Awards, and while 71387 Adventures with Luigi missed out to 75312 Boba Fett’s Starship in February, 71403 Adventures with Peach has claimed Playset of the Year this time. Finally, Technic’s 42141 McLaren Formula 1 Race Car topped the list for Vehicle of the Year, rounding out a quintet of awards for the LEGO Group.

Here’s the complete list of the LEGO Group’s Toy of the Year Awards:

The winners were chosen by a mix of Toy Association members, toy retailers, media and consumers, from a list of 122 finalists (determined by a panel of judges from over 550 submissions). Voting for the People’s Choice award winner is open to the public until November 11, with the winner revealed on November 21 – alongside the overall Toy of the Year award winner, as chosen by ‘a panel of expert judges’.

“We are excited to have the industry in-person to celebrate the TOTY winners, all of which are extraordinary examples of creativity and imagination that deliver the benefits of play to children and adults alike,” said Pamela Mastrota, executive director of The Toy Foundation.

“We congratulate each of the category winners, and all the innovative nominees, on receiving this incredible honour and we thank the industry for continuing to choose this award ceremony, and for supporting the Foundation’s programming and raising funds for the benefit of children in need.”

The awards ceremony reportedly raised more than $500,000 for the Toy Foundation’s support initiatives, including aid for families in Ukraine and play therapy activities for around 175,000 paediatric patients.