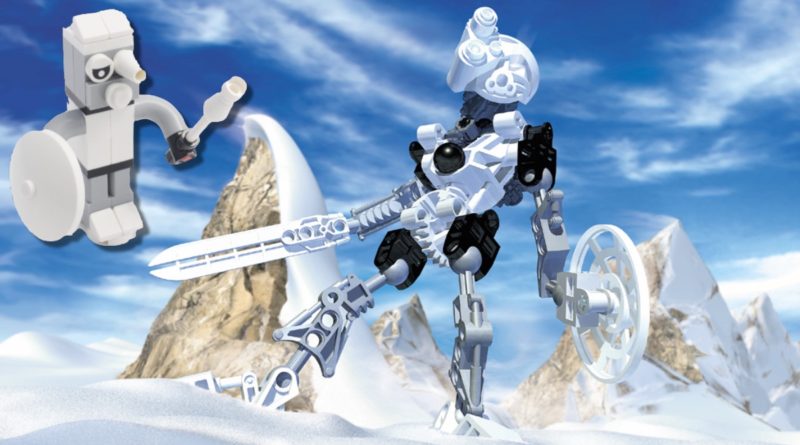 11021 90 Years of Play is the first set to officially honour the LEGO Group’s 90th birthday. It boasts an impressive mix of different LEGO pieces to play with, and comes with instructions to build 15 miniature models. These draw inspiration from LEGO sets from the last nine decades, with the likes of Trains, Belville and BIONICLE all referenced.

As seasoned LEGO veterans, we thought it might be fun to see what else we could recreate with the set’s pieces. Here’s what we’ve managed to cook up, but keep in mind not all of these can necessarily be built at the same time.

If you were a child of the ‘90s, few LEGO themes were cooler than Rock Raiders. This short-lived sci-fi theme debuted at the turn of the century, and followed the adventures of five outer-space miners. Sets in this range depict a collection of mining vehicles, allowing their owners to conquer land, sea and air in search of energy crystals.

4940 The Granite Grinder was one of the oddest, thanks to its giant mechanical feet. We’ve been able to create it on a smaller scale thanks to the set’s mix of greys, blacks, yellows and browns. The teal elements also help identify this as a bonafide Rock Raiders set.

Launching in 2001, BIONICLE shook up the LEGO theme with a range of large-scale action figures. Kopaka – the aloof Toa of Ice – immediately stood out thanks to his asymmetric design. In addition to his sword and shield, his Kanohi mask features an array of lenses to better observe his environment.

Since Tahu makes an appearance in this set as well, we thought it’d be fun to build his icy counterpart. The included bar and dish pieces allows us to build his sword and shield, although – as with Tahu himself – his Kanohi mask requires some compromises.

Running from 2010 to 2011, Atlantis was the last dedicated underwater theme in the LEGO line-up, characterised by distinctive red and green submersibles, as well as a range of fearsome sea creatures. One of the theme’s highlights remains 7985 City of Atlantis, which recreates a chunk of the doomed city’s architecture.

In honour of that set we’ve put together our own tiny tribute. We’ve tried to recreate the angular roof and the front columns, as well as its elevated position on the seabed. We’ve also added some of the drifting seaweed that adorns the front.

The Creator theme has always allowed more lighthearted subject matter to have its day in the sun. 31079 Sunshine Surfer Van appeared in 2018, and portrays a pair of minifigures on a summer jaunt. The van itself seems to draw inspiration from a Volkswagen camper van, while the inside features amenities like a kitchen, a TV and a bed with storage space.

Thanks to 11021 90 Years of Play’s wheels and yellow elements, we’ve been able to produce a slightly smaller version. The white curves and beige piece also allow its roof to be approximated.

While The LEGO Movie 2 wasn’t quite the hit that its predecessor was, it still gave us some fun sets and characters to play with. The most memorable is certainly Queen Watevra Wa’Nabi, a shapeshifting alien creature who can take on any form she pleases.

In honour of that character, we’ve created a version of her from 11021 90 Years of Play’s warmer elements. Her default ‘blob’ form can be approximated rather well thanks to the set’s mix of bricks and slopes, as well as the varying shades of red, pink, purple and yellow.