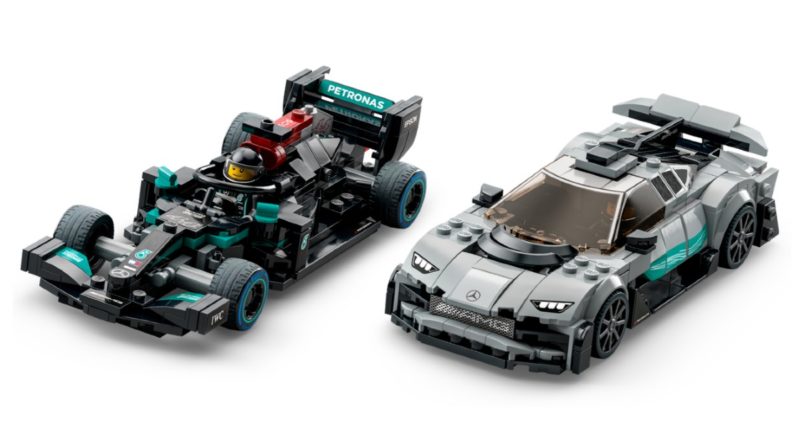 The LEGO Group has revealed another new LEGO Speed Champions set on the official online store, as well as the prices for the full range.

A new post has appeared on the LEGO Group’s Twitter account, officially revealing all of the LEGO Speed Champions sets that we saw earlier thanks to an online retailer.

In the centre of the image, two new cars not previously seen are placed next to the other six. When the tweet was originally posted, clicking the link did not reveal whether or not this was one set or two for the cars. However, a listing on the official online store has revealed that this is 76909 Mercedes-AMG F1 W12 E Performance & Mercedes-AMG Project One.