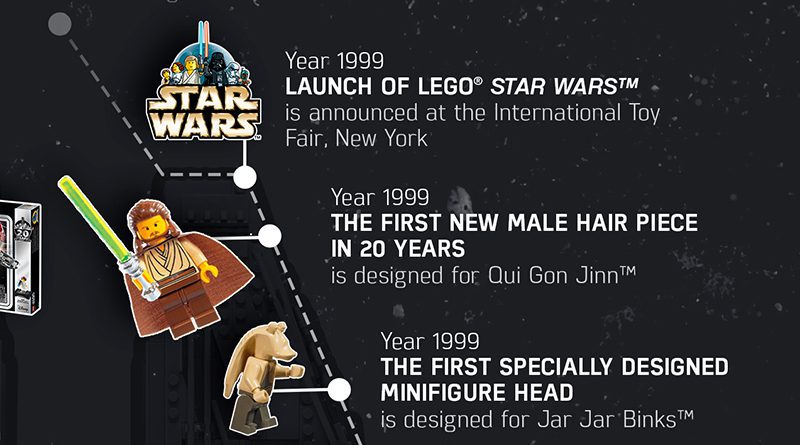 To celebrate Star Wars day, May the Fourth, the LEGO Group has shared a timeline of the LEGO Star Wars story.

This year marks 20 years since LEGO Star Wars launched, with the theme having been a fixture in the LEGO line-up for the past two decades. With today marking Star Wars day – and in California, that is now an official day – better known as May the Fourth, it seems the perfect time to keep those 20th anniversary celebrations going. In this video from the LEGO Group, the entire history of the Star Wars theme is tracked – from the announcement in 1999, all the way through to the special anniversary sets released one month ago.

To celebrate May the Fourth, shop.LEGO.com is offering a special exclusive set. Any LEGO Star Wars order totalling £75 or more will get 40333 Battle of Hoth – 20th Anniversary Edition added on for free. In addition, those logged in with a VIP account will also be able to get an exclusive LEGO Star Wars poster for free. Double VIP points will also be available on all LEGO Star Wars purchases, the equivalent of 10% LEGO cashback instead of the usual 5%.

For a more in-depth look back over the past 20 years, check out this video from Star Wars Celebration Chicago. Brick Fanatics joined Rebelscum, Jedi News and the Star Wars Collecting Archive for a retrospective on LEGO Star Wars.

LEGO Star Wars 75244 Tantive IV was released today exclusively at shop.LEGO.com. May the Fourth promotions are available at shop.LEGO.com while stocks last, or until May 6.