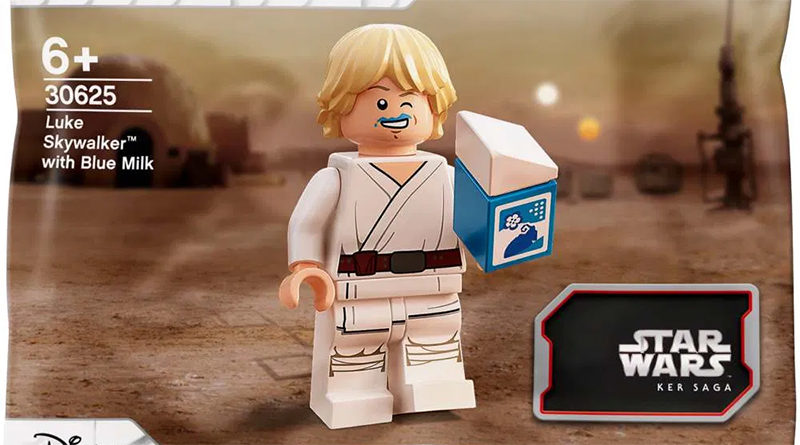 The polybag packaging for the bonus gift with LEGO Star Wars: The Skywalker Saga, 30625 Luke Skywalker with Blue Milk, has been revealed.

LEGO Star Wars: The Skywalker Saga is coming next year, the latest title from TT Games and Warner Bros. Games. The Deluxe Edition will come with an exclusive polybag, 30625 Luke Skywalker with Blue Milk.

Now, an image of the polybag set has been revealed by The Holo-Brick Archives.

As ever, the game will feature plenty of humour, with Luke Skywalker having a penchant for Blue Milk throughout the game. The minifigure reflects that, tying into the game more closely than these exclusive minifigures usually do.