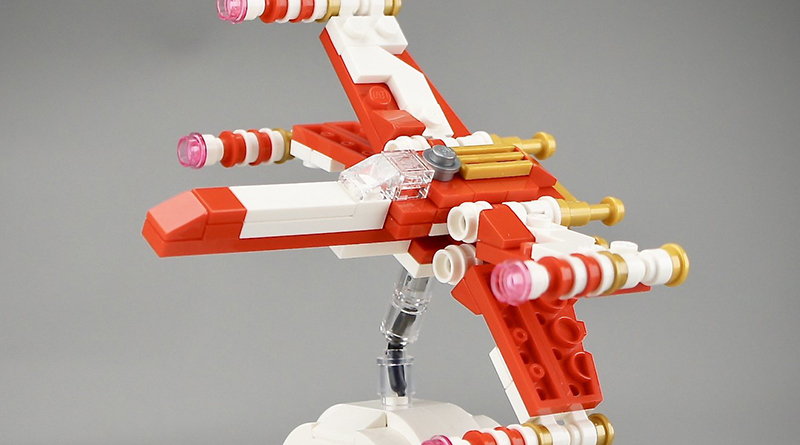 A talented fan has put together a microscale version of LEGO Star Wars 4002019 X-wing Starfighter.

This year’s LEGO employee set is LEGO Star Wars 4002019 X-wing Starfighter, a special nod to the theme that has spent 20 consecutive years on the shelves. Few fans will have the opportunity to own the festive model, but thanks to Pascal Hetzel, they can build a mini version of the set to display.

Not only has Pascal shrunk down the candy-coloured X-wing Starfighter, but he has also minaturised the snowy workshop that it sits on top of. He has provided instructions so that anyone can recreate the festive Force filled build.

Given that it is a season of new Star Wars and Christmas too, it could make for the perfect ornament for display.

The classic X-wing has been given a festive makeover in the special set, with a small sleigh and a workshop also included. Santa Yoda and R2-D2 are included as is the Yuletide Squadron Pilot, who has a long white beard and a uniform that has something familiar about it.