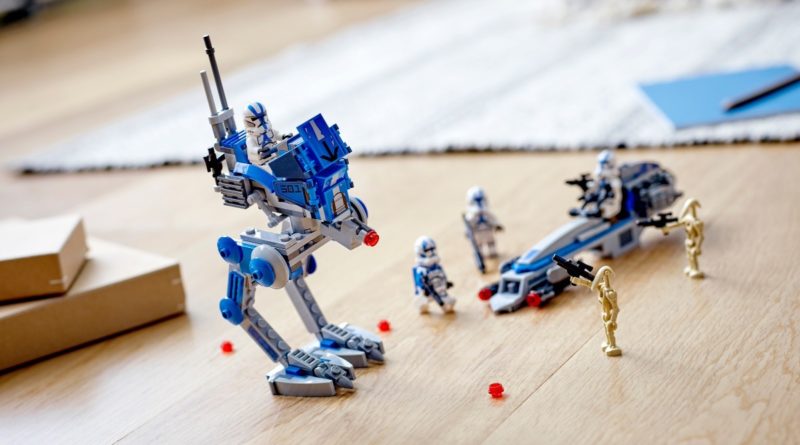 The LEGO Group has brought forward the retirement date for 75280 501st Legion Clone Troopers, which means the fan-requested set will now leave shelves earlier than expected.

According to Brick Fanatics’ sources, the 285-piece battle pack – which was the result of a vocal online campaign for more LEGO Star Wars 501st Legion minifigures – is currently scheduled to retire by the end of 2022. That’s a very recent change, as only last month it was due to stay in production until the end of 2023 at the latest.

Even the end of this year would be a longer-than-average lifespan for the army builder, of course, given it originally launched in August 2020. Most regular retail sets typically stick around for 18 months at most, but if 75280 501st Legion Clone Troopers stays on shelves until December 2022, it will have been available for more than two years.

Exactly why its retirement date has been brought forward is more mysterious: all buzz around the set online suggests it’s been selling well, and it was particularly hard to come by in the first few months after release. One explanation could be that the LEGO Group is gearing up to launch another Clone Trooper battle pack in 2023, and doesn’t want two similar products on the market at once.

That’s only speculation at this stage, and until 75280 501st Legion Clone Troopers does eventually retire, it’s unlikely we’ll know one way or the other. For now, it’s really no wonder the set has proved so popular with LEGO Star Wars fans, given it includes four Clone Troopers, two Battle Droids and two substantial vehicles in the box for just £24.99 / $29.99 / €29.99.

If you want to take advantage of that opportunity to build a 501st army, make sure to do so before the year’s out. This retirement date could yet change again, of course – the very nature of this story is proof that it’s not set in stone – but we’ll keep you posted.

For a complete list of every LEGO set due to retire in 2022 – across Star Wars, Marvel, Harry Potter and every other current theme – click here.