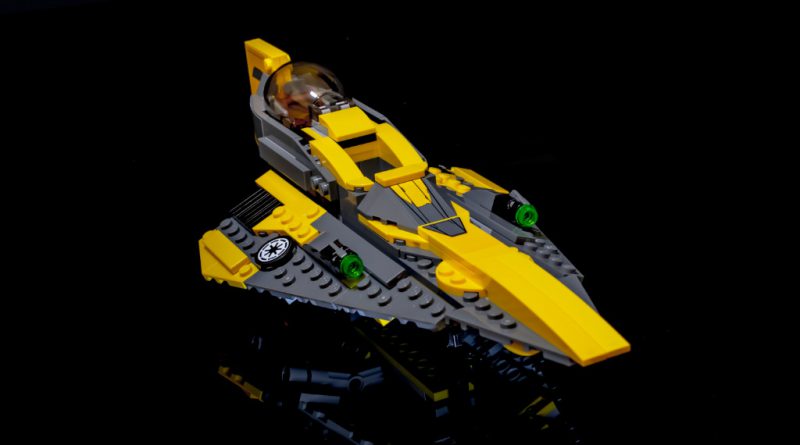 This is the fighter that Jedi hero Anakin Skywalker pilots during the Clone Wars and was seen regularly throughout the animated series. Despite releasing a steady stream of Jedi Starfighters, the last time LEGO brought out this particular model, Anakin’s Delta 7B Jedi Starfighter, was ten years ago. A lot has changed in that time, so is this update worth adding to your fleet? 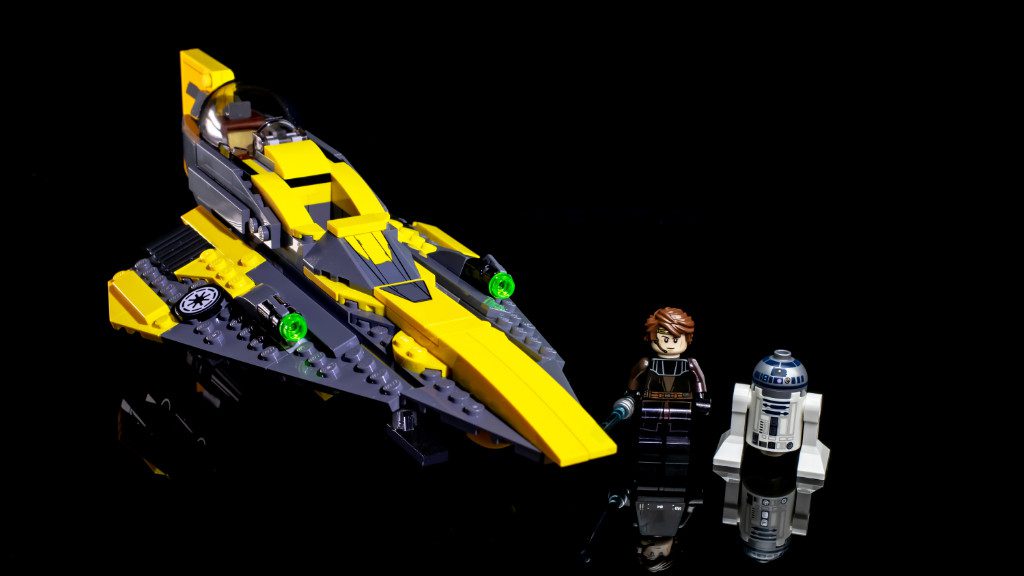 The build is spread over three bags with the first concentrating on constructing the basic frame. This is predominantly made of two stud wide plates of varying lengths. Inverted slopes help create shaping and angles. I actually really enjoyed this first process, effectively you build two separate elements of the frame and then connect them together at the end.

The second bag contains the majority of the 247 parts and at this stage most of the bulk on the body is built. I especially liked constructing the tail fin. The way the two 4×4 plates appear joined up was a clever design. The landing gear is simple but incredibly effective and feels very satisfying to fold up and down.

The wings come together very well and have good detailing throughout. The shaping of the wings looks great and I especially like the angles. A stud shooter on either side integrates into the overall design incredibly well. The starfighter’s engines fit nicely underneath the wings and the use of a trans-clear neon green dish works well in recreating the sense of a glowing engine.

While admittedly it is not the most complicated vehicle to build I do love the design. The colour scheme of dark and light grey coupled with yellow compliments each other perfectly and the angles create a very sleek looking spaceship.

75214 Anakin’s Jedi Starfighter comes with two minifigures, or a minifigure and a droid, depending how you count them. R2-D2 is the delightful LEGO droid fans are used to.

The decade old 2008 release featured a more stylised looking Anakin but I prefer this version that fits in better with the modern minifigure aesthetic. The printing on the torso is nicely detailed and carries onto the legs creating the sense of flowing Jedi robes. The brown and black colours look really smart.

Anakin’s head piece is printed on both sides. On one side is a confident smirk while the other is a more angry, determined face. Both sides feature his headpiece and I wonder if it would have been better to have one side without? This would have given more options.

As a huge Star Wars fan I relish the opportunity to build anything that comes from a galaxy far, far away and Anakin’s Jedi Starfighter is no exception. It’s a definite improvement on the earlier iteration of this model, the striking colours and distinct shaping make this a great ship for both play and display.

75214 Anakin’s Jedi Starfighter is available now at shop.lego.com. You can help support Brick Fanatics’ work by using our affiliate links.