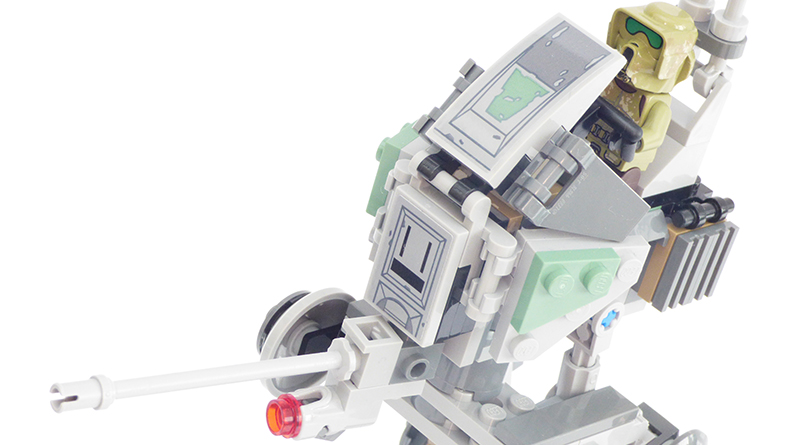 75261 Clone Scout Walker – 20th Anniversary Edition, also known as the AT-RT, is the latest version of the vehicle seen on Kashyyyk during Revenge of thee Sith. It was originally released in 2005 as 7250 Clone Scout Walker, but this time around includes a Dwarf Spider Droid and section of trench to build out the battle. Darth Vader is here too, looking an awful lot like he did 20 years ago. 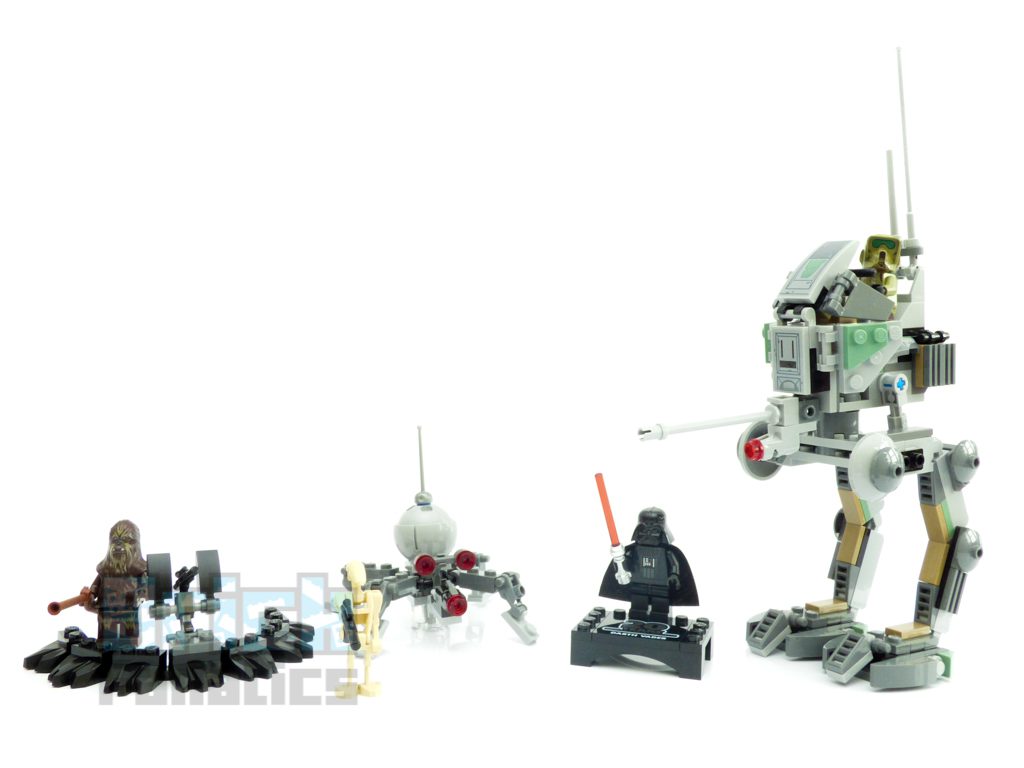 If there was any doubt that this 20th anniversary wave of LEGO Star Wars sets is any different to usual, aside from the fancy packaging and bonus minifigure, 75261 Clone Scout Walker – 20th Anniversary Edition should put it to rest. As the sun rises and falls, the LEGO Group re-designs vehicles in the Star Wars theme. It is undeniable how well presented these sets are though, with the special packaging and introduction to the instruction book enough to allow even the most cynical collector to get swept up.

At first glance, this new release looks like a complete upgrade of the original 7250 Clone Scout Walker. The top of the vehicle certainly is, with a nice hinged section making up the front of the cockpit, capturing the shape and design from the movie well. Just enough green is added amidst the grey to reflect the screen design.

The legs of the vehicle actually borrow quite heavily from the original, 14-year-old version of the set. While the progress made in the design of LEGO sets is often highlighted, it tends to be incremental. A similar leg structure is better decorated this time around and the design of the feet is almost identical to that used in 75002 AT-RT. The influence of that 2013 release can be found in a few places here.

This time around a swivelling cannon also features a stud shooter. Movement in the legs is limited, the only way to display it and have it be stable is in a standing position. Each leg can be moved a bit to give the illusion of walking, but it is not very convincing.

On the side of the Separatists, in opposition to the AT-RT, a Dwarf Spider Droid is included. It is a neat little build that makes use of Battle Droid torsos but does not capture the movie design anywhere near as well as the walker does.

Finishing off the battle scene is the Wookiee barricade, built very simply using hinges and sculpted rock elements, but it is very effective and looks the part.

The classic Battle Droid is back, barely changed since its debut in 1999. Ready to pull his arms off is the new Wookiee Warrior, looking absolutely brilliant. Great texturing and colouring that extends onto the legs makes this the most useful generic Wookiee minifigure yet. Kashyyk Clone Trooper also appears in 75234 AT-AP Walker and is a near perfect rendition of this particular trooper.

Rounding out the set is the commemorative Darth Vader minifigure with buildable base. The Dark Lord reverts to his simpler and – as argued in Brick Fanatics Magazine Issue 3 – better form. To make sure the original remains special, a 20th anniversary logo is printed on the back of Vader’s torso.

75261 Clone Scout Walker – 20th Anniversary Edition delivers its titular vehicle well, but the Dwarf Spider Droid would have been better substituted for an extra minifigure or two more Battle Droids. While it works as a stand alone set, it is best purchased to complement 75234 AT-AP Walker (review) and 75233 Droid Gunship (review) as part of a larger battle scene. 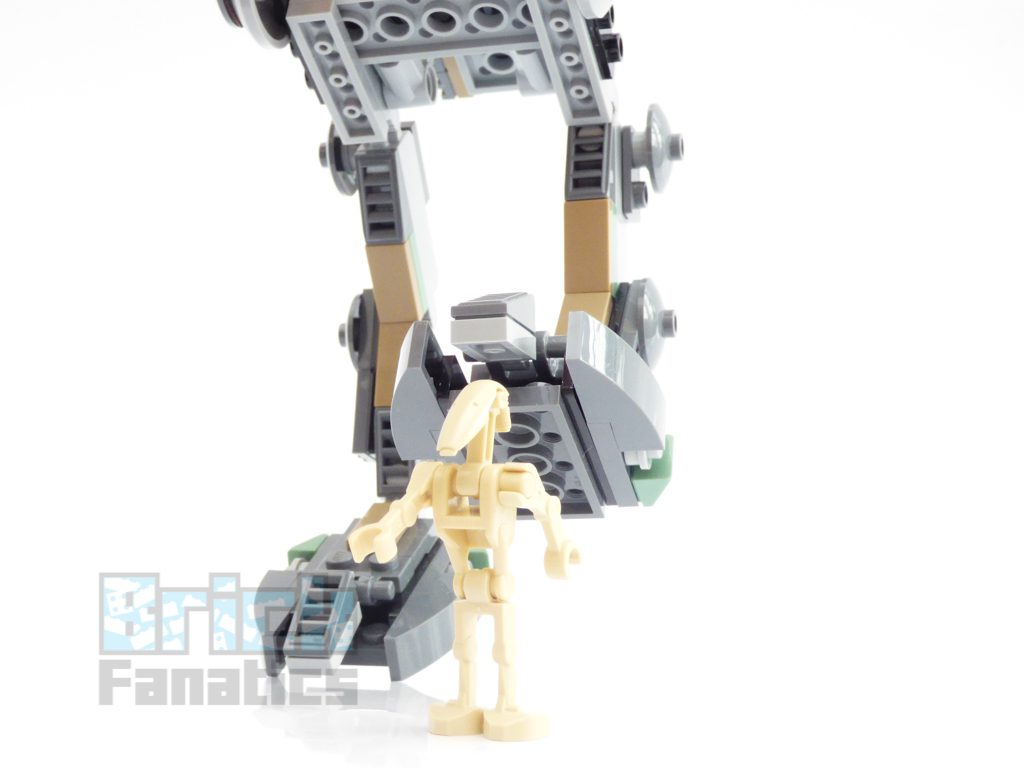