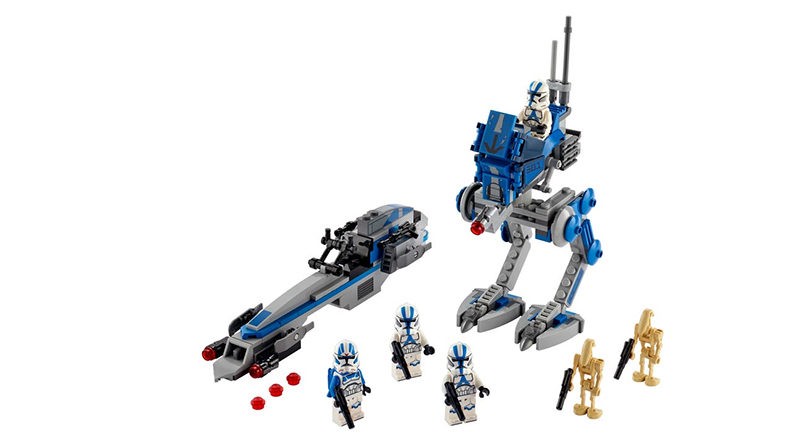 The set that keeps selling out is back in stock again, with LEGO Star Wars 75280 501st Legion Clone Troopers returning to the official online shop.

LEGO Star Wars 75280 501st Legion Clone Troopers is back and available to order at LEGO.com. The set, inspired by The Clone Wars, features an AT-RT, BARC Speeder and four 501st Clone Troopers. Based on previous occasions, stock won’t last for long.

The set is now back on Brick Fanatics’ Top 20 LEGO Sets List – a collection of the best, currently available sets to purchase at LEGO.com, updated daily. It was initially placed on the list, but stock ran out almost immediately and it has only been sporadically available since August 1.

75192 Millennium Falcon has moved in the opposite direction, previously ‘in stock’ but now on ‘back order’. With speculation suggesting it may retire soon, fans yet to order it may need to act quickly.