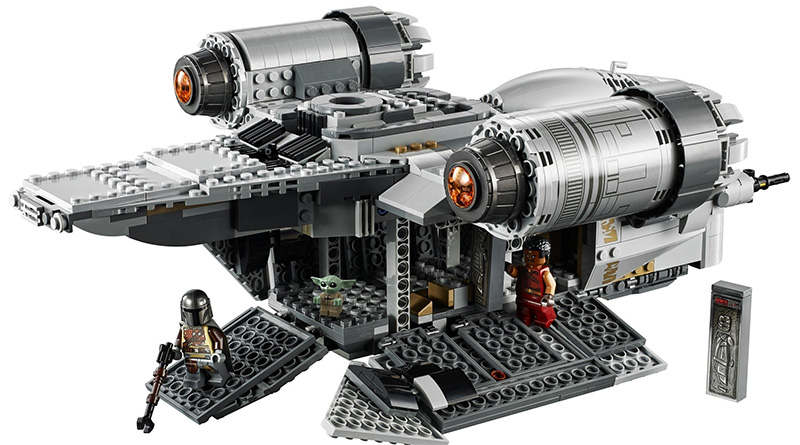 It seems that the renaming of LEGO Star Wars 75292 The Razor Crest to 75292 The Mandalorian Bounty Hunter Transport is spreading around the world, with the US LEGO website now showing the change.

Around a week ago, LEGO Star Wars 75292 The Razor Crest was updated on LEGO.com with a new name – 75292 The Mandalorian Bounty Hunter Transport. The set is the same, but the name has been changed.

It turned out that it’s a trademark issue, with Disney not owning the global trademark to the name of the ship from Star Wars: The Mandalorian. The name “Razor Crest” is trademarked across Europe by Michael Gaßmann, the owner of LEGO-compatible toy Modbrix. Gaßmann apparently submitted the application for the trademark with the German Patent and Trademark Office on January 24 – after The Mandalorian had aired in the US, but before it had arrived in Europe.

Now, the US listing at LEGO.com has also been changed, the Brick Fan reports.

While the set name doesn’t matter much in Europe, where it isn’t printed on the box, in the USA the set name appears on the packaging. Given that it launches in just a couple of days and the boxes have likely been produced already, it could prove quite the logistical nightmare for the LEGO Group. It isn’t the first last-minute change this year.