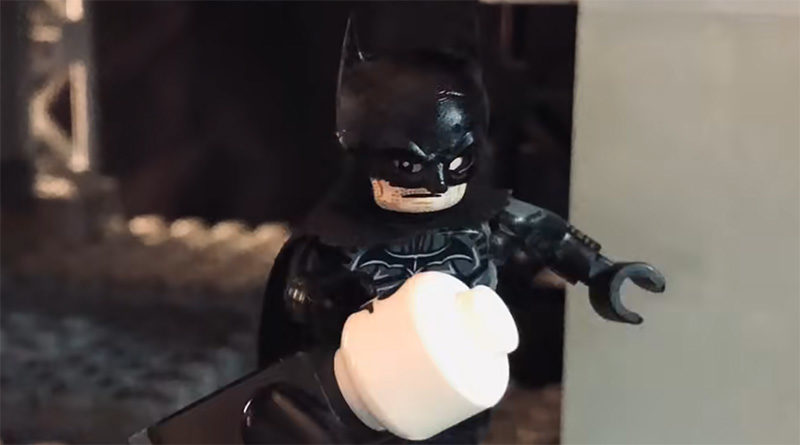 A fan has made a LEGO stop motion animated film recreating the recently launched trailer for The Batman.

During the DC FanDome event, fans got a first glimpse at Matt Reeves’ The Batman, due to arrive in cinemas next year. While one fan recreated a snippet of it, Brix Boy has now shared a full stop motion animated LEGO version on YouTube.

The faithful recreation takes each shot from the actual trailer and offers a LEGO depiction of it. Brix Boy has even created a custom cowl to match the one seen in the footage.

Robert Pattinson is donning the cape and cowl, joined in the cast by Paul Dano as Riddler, Colin Farrell as Penguin, Zoë Kravitz’ as Catwoman and Jeffrey Wright as James Gordon.