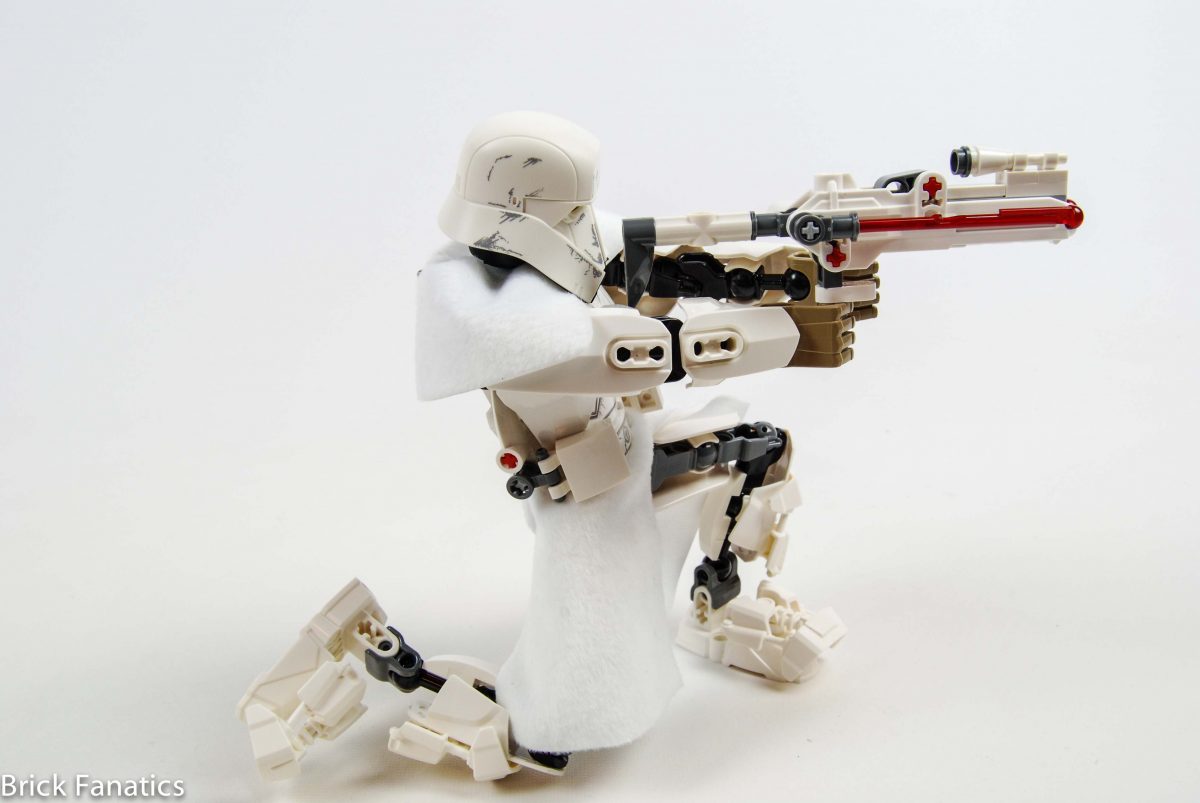 Stormtroopers of various forms have always been part of the LEGO Star Wars constraction range. The new Solo: A Star Wars Story variant makes its LEGO debut in this new set

One can debate whether adding a new trooper variant in every new Star Wars film is a good idea or not, but Lucasfilm is probably going to keep doing it. Solo: A Star Wars Story adds the Range Trooper to the canon alongside recent additions such as First Order Stormtroopers, Execution Troopers, Scarif Stormtroopers and Death Troopers. While one could be forgiven for experiencing new trooper fatigue, the Range Trooper is an appealing character that should not be overlooked solely on the basis of its existence being a marketing ploy to get folk to buy more toys. That may be absolutely true, but the fact remains that this trooper is pretty cool looking. 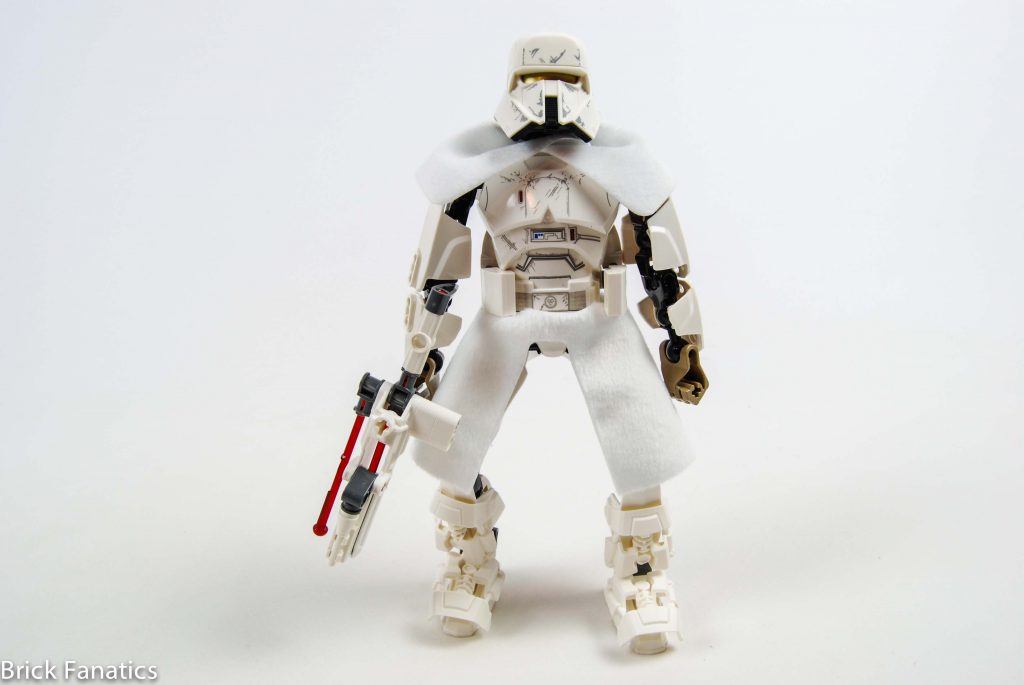 75536 Range Trooper has been imbued with not one, but two things that drastically improve any LEGO constraction offering. First, the figure is a trooper, so is covered in armour. The bulky plating of armour, in almost any form, translates much better as a buildable figure than flesh covered in cloth. General Grievous, Darth Vader and Boba Fett have been some of the best buildable figures for precisely this reason.

The second benefit this release has is that cloth components can cover over a multitude of sins, which in the case of constraction tends to be ugly joints – usually in the hip and shoulder area. The Range Trooper as seen on-screen resides on an ice planet and as such has been issued furs. A shawl and skirt conveniently cover the ugly areas of this figure to produce a final product that looks quite good, and almost like a large non-buildable action figure when complete.

75536 Range Trooper differs from the rest of the figures in this 2018 wave by including different feet and leg plating components. The rest of him uses fairly standard components, but with appropriate printing. Some small brick built aspects make an attempt at a belt around the hip area. A large blaster, similar to the one included with 75535 Han Solo, is included. Here it makes a bit more sense. The very name Range Trooper implies that this guy is responsible for hitting targets from a long range, which would necessitate a high power rifle.

Where this figure struggles is the playability arena. While he is undoubtedly cool looking, he can really only be posed in a couple of ways due to the uneven weight of the large blaster in one hand with no counterbalance in the other. Trying to place him in unique configurations proves frustrating due to the constant toppling. On a shelf with other troopers of varying types, he would make a satisfying display piece.

It will be interesting to see whether the Range Trooper distinguishes itself in any way within Solo: A Star Wars Story or if, like the Scarif Troopers before him, this guy is nothing more than further Imperial cannon fodder. The answer to that question will likely have a direct impact on this figure’s sales, as I cannot imagine that he will be very popular otherwise – despite being a decent looking figure in his own right.