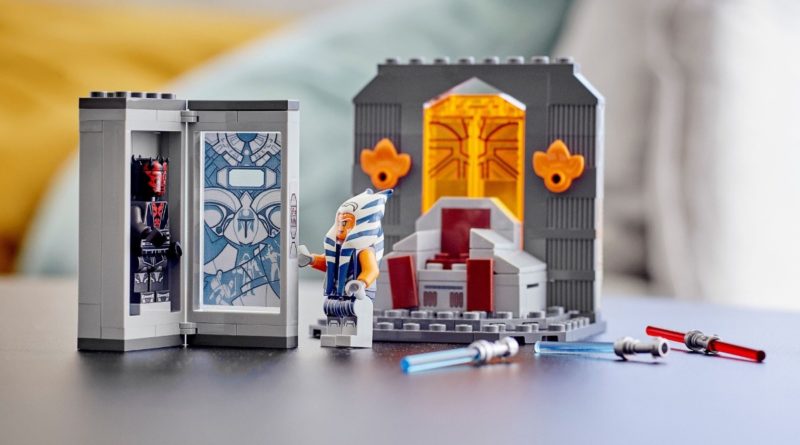 The LEGO Star Wars designers have explained why coming up with playsets based on new shows and movies is trickier than creating vehicles.

This summer’s wave is centred almost entirely on Star Wars: The Mandalorian, Star Wars: The Clone Wars and Star Wars: The Bad Batch, three shows that are currently exclusive to Disney+. But only one of those sets has debuted in tandem with its source material – and there’s a reason it’s a vehicle in 75314 The Bad Batch Attack Shuttle.

Speaking to Brick Fanatics at this year’s LEGO Fan Media event, LEGO Star Wars Design Manager Michael Lee Stockwell explained that designing vehicles based on upcoming TV shows is much easier than coming up with playsets like 75310 Duel on Mandalore and 75319 The Armorer’s Mandalorian Forge – both of which have launched more than a year after first appearing on-screen.

“We were interested in [the Armourer’s forge] already from the first season, but we didn’t know enough about the context,” Michael says. “We didn’t know enough of what was happening around this. That’s one of the major differences between designing a ship and a playset like this, because it’s sometimes easier to understand a ship.

“It’s either a ground vehicle or a flying vehicle. And if we’ve got good images of it, then we can move ahead. But without understanding the context of what’s going to happen in [75319 The Armorer’s Mandalorian Forge], it’s difficult to know what details are going to be vital to the success of it. So we needed to wait and understand better what was going on.”

That also explains why the launch waves for the sequel trilogy movies focused almost exclusively on vehicles, and why any playsets – such as 75216 Snoke’s Throne Room – came further down the line. And it means that going forward, we can probably expect much of the same for shows like The Book of Boba Fett and Ahsoka, should they receive LEGO sets: vehicles first, playsets later.

75319 The Armorer’s Mandalorian Forge will launch on September 1, and can already be pre-ordered in some regions. Check out our verdict on the set here, then head to LEGO.com to secure your copy (where available).