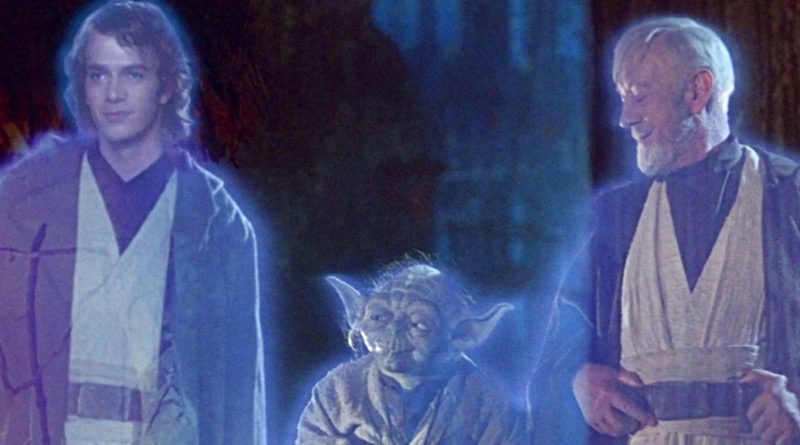 The LEGO Star Wars designers have revealed that we might one day see Force Ghost minifigures as a result of changes to the company’s transparent plastic.

LEGO minifigures based on the Star Wars saga’s Force Ghosts – including Yoda, Obi-Wan Kenobi and Anakin Skywalker – have been in high demand ever since they first appeared in LEGO Star Wars: The Videogame back in 2005, but they’ve so far failed to materialise.

Brick Fanatics put the question to the LEGO Star Wars design team during this year’s LEGO Fan Media event, and Creative Lead Jens Kronvold Frederiksen confirmed that the company has been considering Force Ghost minifigures for ‘many, many years’ – but has been held back by the limitations of its plastic.

“The reason for not doing it was that the minifigures are made out of many different types of plastic, because they need to have different abilities and characteristics,” Jens explains.

“Some have to be flexible, some need to use clutch power and whatnot,” adds Design Manager Michael Lee Stockwell. “So the hands are different material than the heads, for example.”

“Yeah, that had prevented us from making all the bits from the minifigures consistently transparent,” Jens continues. “We thought it will look bad if you had a Force Ghost with a solid-colour hip element and hands or whatever. So we simply went away, because we didn’t think it was the right quality.”

That perhaps puts a dampener on speculation that the trans-blue legs in this summer’s LEGO VIDIYO 43111 Candy Castle Stage could open the door to Force Ghost minifigures, because they’re still connected by a solid-colour hip element, which wouldn’t cut the mustard for the Star Wars design team. But it’s not the only thing standing in the way of a completely translucent minifigure.

“The other thing to think about is, if you look up underneath in the receiving end of the torso, there’s a lot of webbing that’s used to clutch on to the hips,” Michael explains. “All that becomes visible to a certain extent when you make the torso transparent.

“And so the question is, is that going to be perceived as good quality or not? Because it’s not just going to be an open, see-through window. How do we achieve the right clutch between the hips and the torso if we don’t have all that?”

Despite the sheer number of obstacles seemingly standing between dream and reality when it comes to translucent characters, however, the designers confirmed that they haven’t entirely written off the hugely-requested minifigures – predominantly because the company is still looking for solutions to those plastic problems.

“It’s not something that’s around the corner…” Jens starts.

“…but it is on the table,” Michael adds. “And we’re not the only theme that would be interested in that. There are others that are looking into that. So never say never – things are changing. And there’s a lot of work being done in the plastic and technology part of things. So let’s hope it’ll come.”