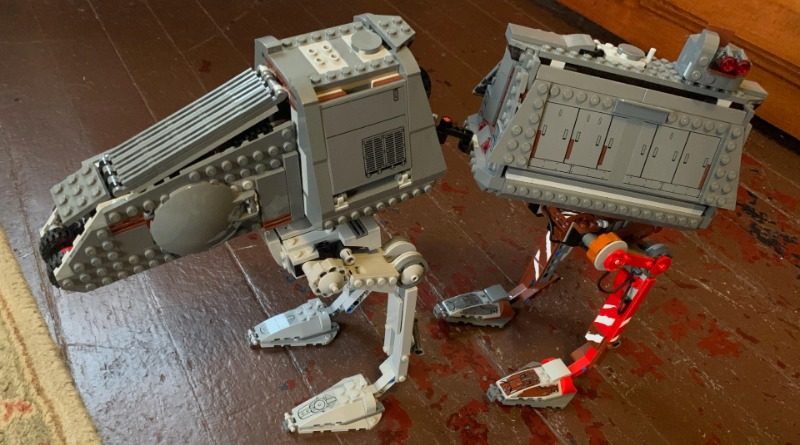 LEGO Star Wars fans have been mashing up parts from sets into brand new ships, and the results are… well, see for yourself.

Did we really need to know what 75286 General Grievous’s Starfighter looked like with Y-wing engines? Probably not. How about the Imperial Conveyex Transport on the legs of an AT-ST? Heck no. And that’s presumably why the culprits over at r/legostarwars have dubbed their models “unholy creations”, in the same way Victor Frankenstein decided not to call his experiment “Harry” or “Dave”.

In the Star Wars universe, though, this type of cobbled-together craft actually has a name – and it’s not “monster”. In fact, a starfighter created from other ship parts is actually called an “Ugly” in Legends, which… isn’t much better. We can’t say they’re much to look at, though, so it’s at least fitting.

The fascination with LEGO Uglies began three days ago, when redditor boppin-tano830 slapped 75283 Armored Assault Tank (AAT)’s cannon on the legs of 75153 AT-ST Walker. But they didn’t stop there, popping the walker’s head on the body of the tank.

Other users quickly followed, mashing up all manner of LEGO Star Wars sets. We reckon this one takes the cake, though, combining 75278 D-O, 75283 Armored Assault Tank (AAT), 75292 The Mandalorian Bounty Hunter Transport and 75254 AT-ST Raider. The result looks like the kind of tragic nightmare that could only be prized by Toy Story’s Sid.

Head to reddit to find more of these glorious abominations. And if you want to try putting one together yourself, you’ll need a few LEGO Star Wars sets. Support us by grabbing them from LEGO.com and Amazon using our affiliate links.