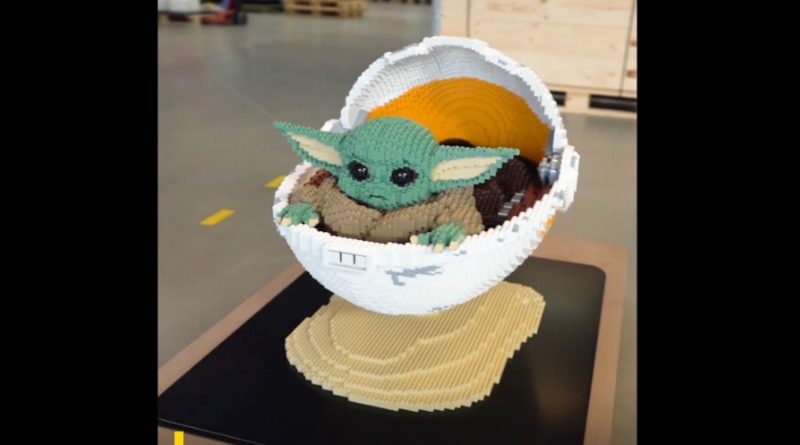 The LEGO Group has built a life-sized version of Baby Yoda to celebrate Season 2 of Star Wars: The Mandalorian.

The first live-action Star Wars TV show’s second season is just days away from premiering on Disney+, and the LEGO Group has already hopped on the hype train with its official sets. 75292 The Mandalorian Bounty Hunter Transport and 75317 The Mandalorian and The Child are both available now, while 75318 The Child is about to hit shelves too.

Now, though, the company’s Master Builders have come up with a model you won’t be able to take home. Three designers spent 119 hours assembling 14,588 bricks to create the enormous sculpture of Baby Yoda, which depicts the adorable alien in his bassinet.

While you can’t buy your own life-sized version of the galaxy’s cutest character, 75318 The Child looks to be the next best thing. And it’s already turned up in North America, so eager fans might be able to hunt it down ahead of its official release date.

For everyone else, though, 75318 The Child will launch on October 30. That’s perfectly timed with the second season of The Mandalorian, which begins the same day, exclusively on Disney+.

To continue to support the work of Brick Fanatics, please buy your LEGO Star Wars sets from LEGO.com and Amazon using our affiliate links.