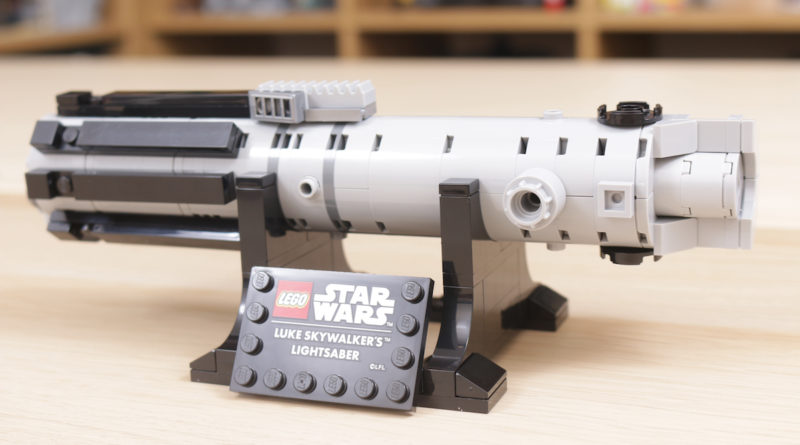 The return of LEGO Star Wars 40483 Luke Skywalker’s Lightsaber has seemingly sparked sales of 75313 AT-AT in the UK and Europe, where the UCS walker is now available on back order.

Possibly by dint of its price point – which jumped up to £734.99 / €849.99 at the beginning of September, amid wider price increases – 75313 AT-AT has never been especially hard to come by at LEGO.com. There were a few brief moments in which it was temporarily out of stock around the time of its release, following that initial flurry of sales, but since then it’s generally been available with immediate delivery on this side of the Atlantic.

Today, however, the 6,785-piece walker has slipped to back order status at the official online store in the UK and Europe, with a shipping date of October 25 at the latest. That’s not exactly a massive wait, but it does signal that the LEGO Group’s latest promo is working as intended. Originally available with purchases of 75313 AT-AT when it first launched in 2021, 40483 Luke Skywalker’s Lightsaber is once again free exclusively with the UCS set.

Anyone who missed out on the gift-with-purchase the first time round will presumably be jumping at the opportunity to acquire it this time – not least because it’s currently averaging £154 new at BrickLink – and the LEGO Group is now seemingly finding it difficult to keep up with that demand. Stock of Luke’s lightsaber hilt hasn’t yet run dry, though – so even if you haven’t yet placed your order for 75313 AT-AT, there’s still time to score the unique promo.

Check out our in-depth review of 75313 AT-AT (which still ranks number one in our Top 20 LEGO Sets List) here, and take a closer look at 40483 Luke Skywalker’s Lightsaber here.