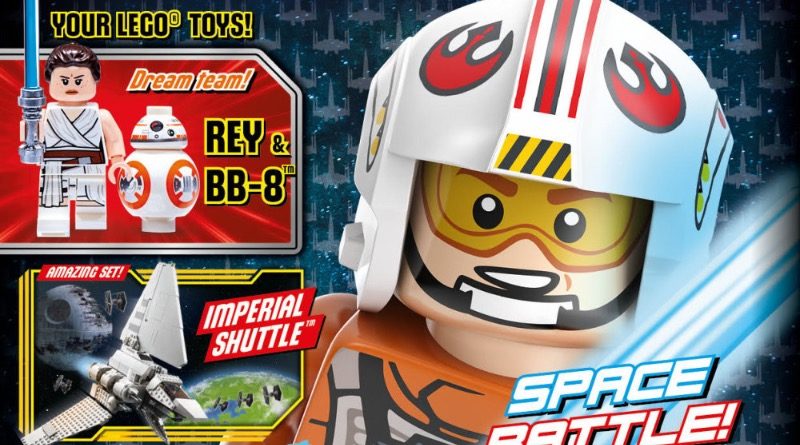 The latest issue of the official LEGO Star Wars magazine is now available at all good retailers, and comes packed with two sequel trilogy minifigures.

Rey and BB-8 are the foil-bagged cover stars of Issue 73, which still retails for the usual £3.99 – despite including double the typical number of minifigures. That may have something to do with the LEGO Group classifying droids as ‘figures’ rather than typical minifigures, but the end result is the same regardless.

You’ll also find the standard mix of puzzles, posters and activities inside, which should keep younger fans happy while you pretend there was never any LEGO attached to the front, it must have fallen off in the shop, oh no. (We see your game, because it is also our game.)

Better yet, this version of Rey – based on her appearance in Star Wars: The Rise of Skywalker – has only appeared in three other sets so far, including 75250 Pasaana Speeder Chase, 75284 Knights of Ren Transport Ship and last year’s very-hard-to-find 75279 Star Wars Advent Calendar.

She isn’t particularly expensive on the aftermarket, averaging around £5-6 new, but that still makes Issue 73 of Immediate Media’s LEGO Star Wars magazine a bargain at just £3.99, and with a BB-8 minifigure to boot. You’ll find it at all good supermarkets and newsagents now.