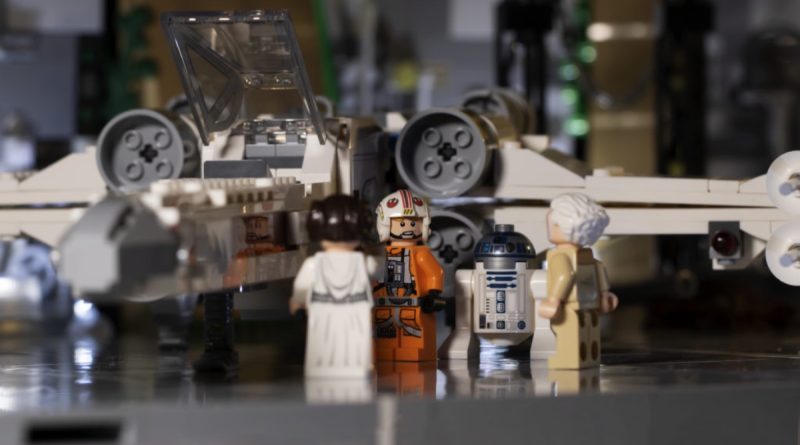 Free minifigures make a welcome return in the next issue of the LEGO Star Wars magazine, starting with a relatively rare character from the original trilogy.

Immediate Media’s official LEGO Star Wars magazine – available in the UK, Germany and a handful of other European countries – typically includes either a free minifigure or mini-build (or sometimes both, depending on the issue). Those are of highest interest to collectors when they’re a rare minifigure, such as Bespin Luke Skywalker, or a Mandalorian Loyalist.

Following two months of mini-builds – one apiece from The Clone Wars and The Rise of Skywalker – Issue 89 will return to minifigures, and with a very welcome character. Attached to the front cover will be the latest version of Princess Leia from A New Hope, who has so far only appeared in two sets: 2019’s 75244 Tantive IV and 2021’s 75301 Luke Skywalker’s X-wing Fighter.

That makes her comparatively rare, even if the latter of those two sets is still available (and retails for just £44.99 / $49.99 / €49.99). Case in point, this variant of Leia is currently commanding an average of £9.33 used and £10.97 new on BrickLink. By comparison, Issue 89 of the LEGO Star Wars magazine will likely retail for its regular cover price of £4.25 in the UK – a far more tempting prospect if you don’t need another X-wing.

Issue 89 will likely arrive on shelves in the UK in November. Issue 87 is available now, complete with a free microscale version of 75316 Mandalorian Starfighter, while Issue 88 will arrive next month with a tiny TIE Whisper.