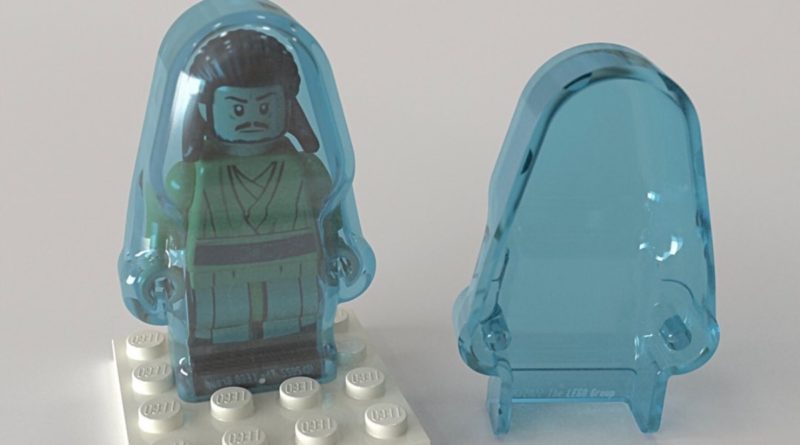 The LEGO Star Wars design team has reacted to the fake Force ghost piece that originally surfaced on Instagram earlier this year.

An anonymous Instagram user created the fake piece in rendering engine Blender. The finished result was convincing enough that it was picked up by YouTuber MandRproductions, and gave enough legitimacy to the source’s other rumours that they were also reported by wider media, including Brick Fanatics.

The same user has now confirmed that both the Force ghost element and all their other rumours were completely falsified, which means we’re probably not getting a Yavin IV set, or a drum-lacquered gold C-3PO minifigure. But before they pulled back the curtain on the entire ruse, the LEGO designers in Billund had already spotted the fake Force ghost piece.

“We thought, ‘Wow, that’s cool!’” says Michael. “We had to check up and see whether or not we’re looking at something real or just a great idea.”

“We were asking, ‘Who did this?’” Jens adds. “Because this really looks like a real thing, but normally we are aware of what’s coming with new elements.”

Last time we spoke to the LEGO Star Wars designers about Force ghosts, they told us that while the characters have been in consideration for ‘many, many years’, their attempts to create a fully-transparent minifigure have been thwarted by the nature of the materials they’re using.

“The reason for not doing it was that the minifigures are made out of many different types of plastic, because they need to have different abilities and characteristics,” Jens explained in June 2021. “That prevented us from making all the bits from the minifigures consistently transparent. We thought it will look bad if you had a Force ghost with a solid-colour hip element and hands or whatever.”

“The other thing to think about is, if you look up underneath in the receiving end of the torso, there’s a lot of webbing that’s used to clutch on to the hips,” Michael added. “All that becomes visible to a certain extent when you make the torso transparent. And so the question is, is that going to be perceived as good quality or not?”

All that said, the LEGO Star Wars design veterans did reveal that Force ghosts are ‘on the table’. So when initial rumours of 75330 Dagobah Jedi Training began circulating online, it seemed like a prime candidate for an Obi-Wan Kenobi Force ghost minifigure – indirectly lending further credence to the fake element that appeared on Instagram.

No such minifigure (or element) has materialised in the finished 18+ set, however, which was initially revealed by Amazon yesterday. So when we spoke to Jens and Michael again earlier this week, we probed for an update on LEGO Star Wars Force ghost minifigures – only to get virtually the same reaction as a year ago.

“We know that it’s high on the wish list for many people, so if we have something in the future, it could potentially happen,” Jens says. “But for now, we don’t have a solution for creating a transparent minifigure.”

That means we’re still playing the waiting game for our first official LEGO Force ghost minifigure, and likely will be for a while to come. Still, at least we’ll have 75330 Dagobah Jedi Training to pass the time – Obi-Wan or no Obi-Wan. The 1,000-piece set is available to pre-order from LEGO.com now.