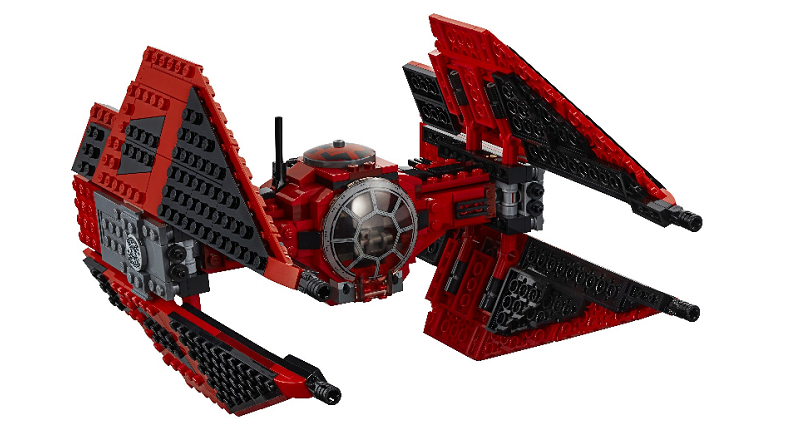 The latest Star Wars animated series finally gets represented in new LEGO sets that have launched today, based on Star Wars Resistance.

Two new LEGO Star Wars sets based on Star Wars Resistance, the new animated series, have launched today at shop.LEGO.com along with a whole host of other sets from the galaxy far, far away. 75240 Major Vonreg’s TIE Fighter takes the classic TIE Interceptor and re-colours it in a striking red colour, with the villain included along with three heroic characters. 75242 Black Ace TIE Interceptor fives fans the chance to build Griff Halloran’s unique starfighter.

Star Wars Resistance is the animated series that airs on Disney XD, following the adventures of Kaz Xiono as they lead into the events of The Force Awakens.

In other sequel trilogy news, 75236 Duel on Starkiller Base has also been released. The set feature Kylo Ren and Rey in their dramatic lightsaber battle that takes place at the end of The Force Awakens.