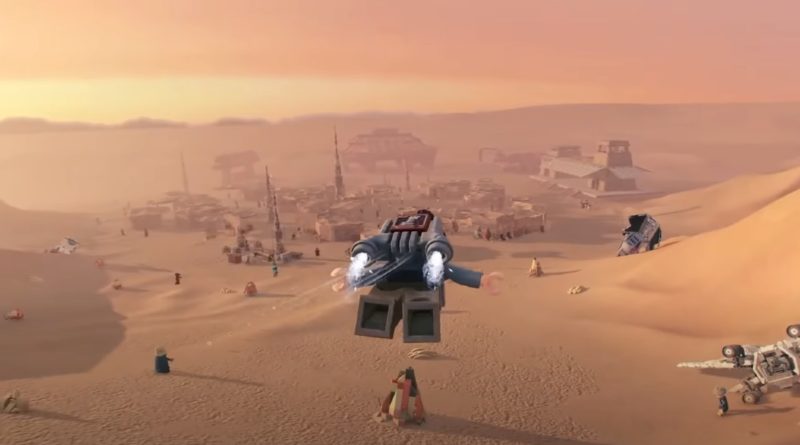 The next generation of brick-based open worlds has been revealed in the latest trailer for LEGO Star Wars: The Skywalker Saga.

The new trailer for LEGO Star Wars: The Skywalker Saga was filled with details and new features for fans to spot, and with a confirmed release window of Spring 2022 it’s unlikely that much of what was shown will change drastically before launch.

One of these unveiled gameplay elements was the galaxy map, featuring a total of 24 planets to visit in-game. We’ve already written about this detail and how some planets are still unrevealed. However, to the side of the display is a slider that may reveal how in-depth this next generation of LEGO open worlds will be.

Currently, the player in the trailer is viewing the galaxy map, seeing every possible corner of the explorable universe – the four separated sections to the right of this map represent this with an appropriate icon. The next one down is a planetary symbol, indicating that when zooming in, you’ll be able to select a specific place in the world to land your ship.

Below that is the third image, depicting a mountain that suggests that the planet may be split into regions that you’ll be able to individually select and explore from the map. It goes further than that though, with the last symbol showing a Tatooine hut. Whilst that may seem specific, it may simply be representing iconic, more detailed locations such as the Rebel base on Yavin 4 or the city of Theed on Naboo.

With four potential layers for every planet in LEGO Star Wars: The Skywalker Saga, the multiple delays might be explainable with the amount of work that will have gone, and continue to go into each of them. Note that the above features have not been confirmed and any information present is only speculation for now.

With any luck, the new LEGO game won’t be delayed any further and we can expect to see the game arriving on physical and digital storefronts in Spring 2022. We’ve got a guide to the various pre-order options for the game here, including the deluxe edition’s exclusive minifigure.