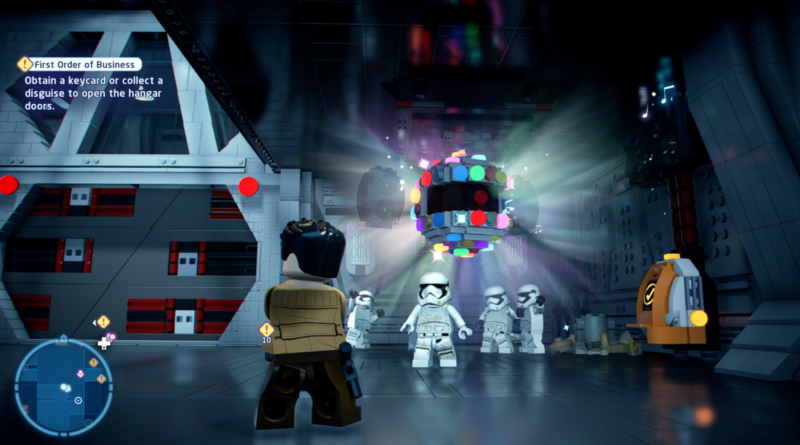 LEGO Star Wars: The Skywalker Saga is still clinging to top spot in the UK gaming charts, despite a 70% drop in week-on-week sales.

TT Games’ saga-spanning title debuted in pole position in both the UK’s physical and digital sales charts upon release, becoming the fastest-selling LEGO game of all time and the second-biggest video game launch of 2022 in the UK (behind only Elden Ring). A towering 61% of its first-week sales were digital, with the remainder represented by boxed sales.

There’s been something of a drop-off in sales of physical copies week-on-week – a full 70%, according to gamesindustry.biz – but that hasn’t stopped LEGO Star Wars: The Skywalker Saga from holding on to number one in the charts for the second week running, facing off stiff competition from PlayStation exclusives Gran Turismo 7 and Horizon Forbidden West, which were bolstered by new PS5 hardware bundles.

Sony’s latest console represented the biggest market share for The Skywalker Saga in its first week of release, but this week that honour goes to Nintendo Switch. That’s nothing new for LEGO games, however, which typically enjoy strong launches on PlayStation and Xbox before finding long-term success on family-friendly Nintendo platforms.

Here’s the full UK physical sales chart for the week ending April 16, according to GfK:

The only new release this week was technically not a new release at all – Rockstar’s remastered Grand Theft Auto V debuted on store shelves after launching digitally last month – and with no new major multiplatform titles on the immediate horizon, it could be a while before The Skywalker Saga is dethroned.

For more on LEGO Star Wars: The Skywalker Saga, check out our dedicated landing hub, or read our in-depth review.