Fans get a look at how the new droid from The Rise of Skywalker, D-0, is likely to look when released in LEGO Star Wars sets this October.

A teaser trailer has been released for LEGO Star Wars: The Skywalker Saga, a game that will combine all nine episodic films into one title. At the end of the trailer, two familiar droids turn up – R2-D2 and BB-8 – along with a new friend. D-0 was unveiled at Star Wars Celebration Chicago as the new droid sidekick who will be part of Star Wars: The Rise of Skywalker when the film is released this December.

D-0 is almost certain to turn up in some LEGO Star Wars sets on Triple Force Friday, and now fans know what the LEGO version should look like. Given that the video game designers and toy designers work so far in advance, they should have had time for some synergy to make sure the two line up.

From the trailer, it looks like D-0 is one printed and moulded piece rather than buildable droid. Given the robot’s size, was that inevitable? Or should D-0 be buildable? Let the discussions on LEGO Star Wars: The Rise of Skywalker sets begin. 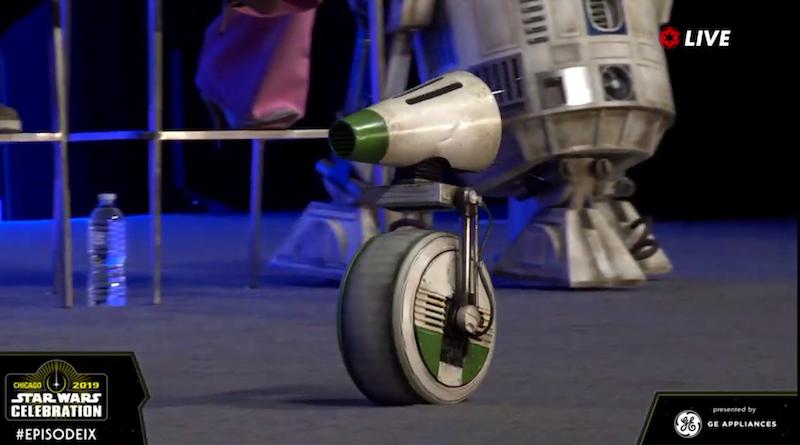