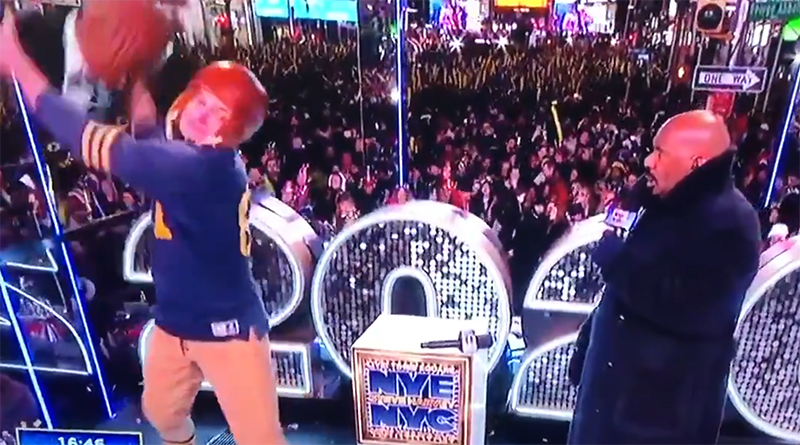 “What are you doing?” Harvey says in the clip. “Are you serious? I don’t want to work with him no more. Why is he here? Why are you here? What is wrong with you? You are mentally imbalanced.”

TMZ Sports caught Harvey on Saturday and asked him about the viral television moment. “That was an act, Gronk’s a cool dude, I like him,” the presenter said.

When asked if he could have kept the LEGO bust for his own home, Harvey seemed doubtful: “My wife ain’t going to let me put no LEGO statue of myself up in our house anyway so it wasn’t going to happen.”