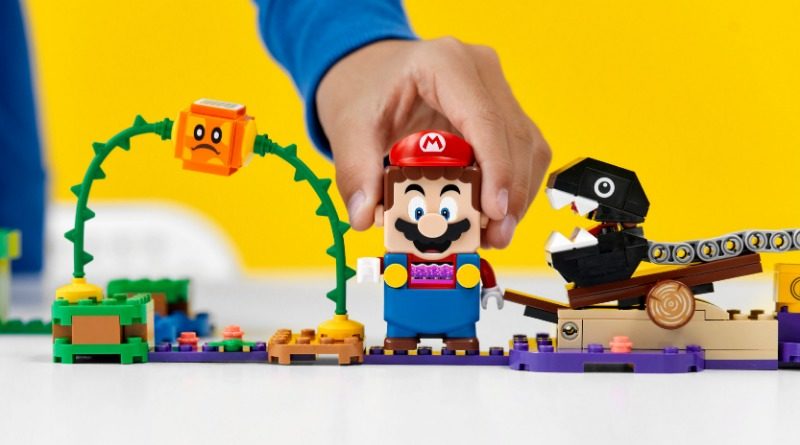 The first wave of LEGO Super Mario sets featured fire (red), water (blue), sand (yellow) and grass (green) environments, each depicted by plates and bricks in the corresponding colour. All three new expansion packs include purple pieces for the Soda Jungle biome, which is a poisonous pathway that will provoke new reactions from the digital Mario figure.

Here’s all the details and images for the new expansion packs:

The LEGO Super Mario team has also today revealed 71380 Master Your Adventure Maker Set, two new Power-Up Packs, and a second series of Character Packs. All the new sets, including these three expansion packs, will launch on January 1, 2021.