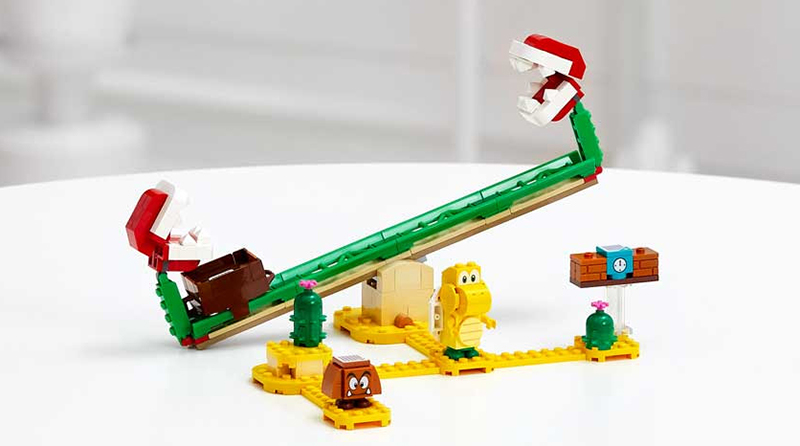 Every set in the theme requires LEGO Super Mario 71360 Adventures with Mario Starter Course to play, so fans will need to buy that one first. Once they have it, other releases such as 71366 Piranha Plant Power Slide Expansion Set will be playable using the special Super Mario figure.

“Super Mario has continued to appear, always in a form adapted to the current hardware of the time,” says Takashi Tezuka, Executive Officer and Game Producer of Nintendo Co., Ltd. “I am thankful that in this project with the LEGO Group, Mario is jumping out of the digital world of game consoles and smart devices, and we are able to bring him into the world with a new, physical type of Mario play. It’s very exciting to think of LEGO Mario becoming a real friend to children and to picture them playing in their very own Mario world that they imagined themselves.”