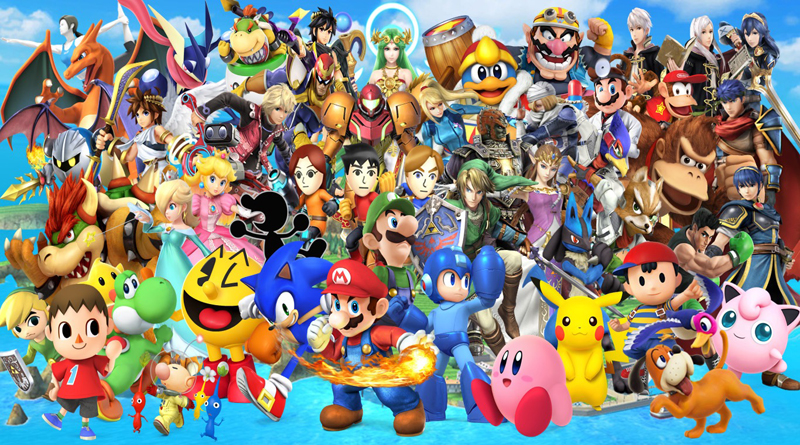 With the LEGO Group and Nintendo teaming up for LEGO Super Mario, Brick Fanatics picks out five other video games that would make for great LEGO themes

In early March, the LEGO Group announced a partnership with Nintendo to launch a LEGO Super Mario theme inspired by the iconic video game. This theme promises something completely new in the brick, with an electronic Mario figure able to interact with levels that fans build, combining digital gameplay with a physical model.

While LEGO Minecraft and LEGO Overwatch are inspired by video games, this is all still relatively new ground for the LEGO Group. LEGO Super Mario continues these steps into largely uncharted territory for the LEGO Group. Nintendo has released some of the most famous video game franchises of all time, so this new licensing agreement has exciting potential.

The Legend of Zelda

With multiple submissions on LEGO Ideas and a massive fan following, The Legend of Zelda would likely be an extremely successful LEGO theme. There have been over 20 Zelda video games, but the designers should probably focus on the latest, chart-topping title: Breath of the Wild. As it is an open-world adventure game, locations are key, and one that would provide the most role-play opportunity is Hyrule Castle along with at least one of the four Divine Beasts. As for the action element of the game, that could easily be represented by minifigures of Link and Zelda along with a brick-built version of Calamity Ganon.

Let’s face it – Animal Crossing is almost a video game version of LEGO Fabuland with its adorable anthropomorphic characters. One of the key elements that makes Animal Crossing so enjoyable is the customisation opportunities available, from players’ avatar to the house that they inhabit in the game. Therefore a LEGO set could focus on an Animal Crossing style home, with multiple options for interior and exterior decorating, a bit like a Creator 3-in-1 set. Exploration is another big part of the game, so little locations like shops or the Town Hall could provide the opportunity to include those cute, anthropomorphic animals as new minifigures.

A more unusual entry on this list is Professor Layton, a series of games where players must solve a variety of puzzles in order to uncover the mystery of the plot. With nearly 10 games, the LEGO designers have a lot of inspiration, but the focus should be on solving puzzles via the brick, perhaps in a similar way to the recently released LEGO Builder’s Arcade mobile game. A side plot to the Professor Layton titles is that there are pieces of broken objects to find that can be put back together – a neat concept that could be applied if a series of LEGO sets were designed.

Pokémon. It’s a card game, a television series, multiple video games, and recently had its own feature film. Not many franchises span across so many types of media. So how could this role-playing game (RPG) translate into LEGO bricks? Some, like the famous Pikachu, could just be minifigures with unique head-moulds, whilst others such as Lunala would have to be brick-built. So maybe individual Pokémon could be released as smaller sets with LEGO versions of their battle-stats cards, along with suggestions in the instruction booklets on ways of ‘levelling-up’ each Pokémon. Series of Pokémon sets could then be released, in much the same style as Collectible Minifigures.

What’s blue with spiky hair, and can beat a Ferrari in any race? Sonic the Hedgehog, of course. Much like Super Mario, playing as Sonic involves speedily navigating levels whilst avoiding obstacles and not running out of health. So the LEGO designers could create something similar to LEGO Super Mario, where fans have to build levels for a LEGO Sonic character to explore in order to defeat evil Doctor Eggman. Another concept could be creating a ‘temple-run’ style level that fans have to build in a certain time and Sonic must complete in a quickly, much like the Sonic Dash mobile-game from 2013.

Nintendo has an extremely rich history of successful video games stretching over four decades, and this list represents only a few. Whether the LEGO Group will create any more licensed themes based on Nintendo IPs will largely depend on the success and popularity of LEGO Super Mario. However, with Nintendo always making gaming advancements and the LEGO designers continuously pushing creative boundaries, this partnership could result in some truly unique models and themes worthy of a super-combo high-score.