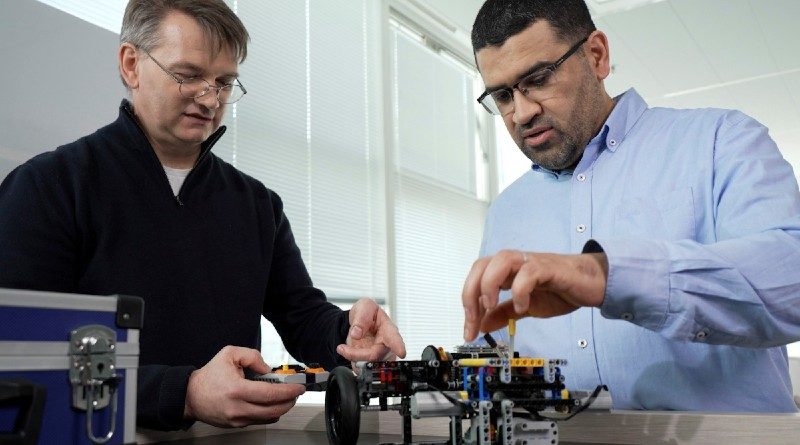 A LEGO Technic engine has helped to develop the next era of Renault’s hybrid cars, with engineers using the bricks as an experimental platform to test new ideas.

Car enthusiasts may already know that Renault has been integrating plug-in hybrid technology into some of their cars, with the story beginning over a year ago. But, did you know that LEGO Technic was a key part of the development process?

Nicolas Fremau, Renault‘s hybrid architecture expert first had the idea to use the bricks as a way of testing new methods when seeing his son play with Technic gears and other bricks. This sparked the realisation that it was the perfect solution to sell his ideas to the rest of the team.

Thanks to a video from Groupe Renault, we can see the model used to initially develop and test the real engine in full working order, with it resembling some of the LEGO Group’s official versions found throughout the Technic models.

The reaction from members of the Renault team was apparently positive with project manager Gérard Detourbet saying; “If we can do it with LEGO, it means that it’ll work.”

The finished engine is now being used in commercial vehicles but saw an official debut in the R.S.20 race car. This is unfortunately just a few iterations ahead of the R.S.17 version which was recreated in LEGO, but that might have been too perfect of a coincidence.