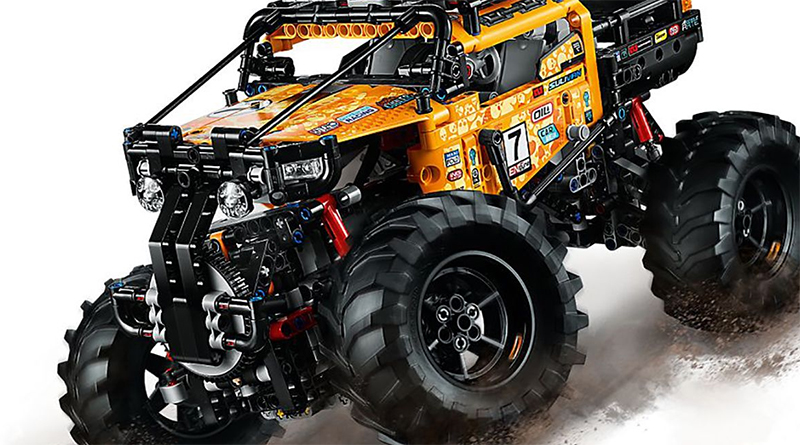 Three impressive new LEGO Technic sets have launched today, with one using Powered Up functionality in the theme for the first time.

42099 4×4 X-Treme Off-Roader uses the new CONTROL+ app to allow users to drive the vehicle using an app, with the new functionality promising greater precision than ever before. 42098 Car Transporter (review) uses 2,493 pieces to build a model that measures an incredible 86cm long, constructed in scale to 42093 Chevrolet Corvette ZR1. The impressively tall 42097 Compact Crawler Crane  features extendable outriggers with lateral and vertical movement as well as an extendable boom and a fully rotating superstructure

LEGO Creator Expert 10269 Harley-Davidson Fat Boy and LEGO Ideas 21318 Treehouse have also been released today. Other themes with new sets include Harry Potter and Minecraft, with Hidden Side introducing an entirely new theme that combines physical and digital play.