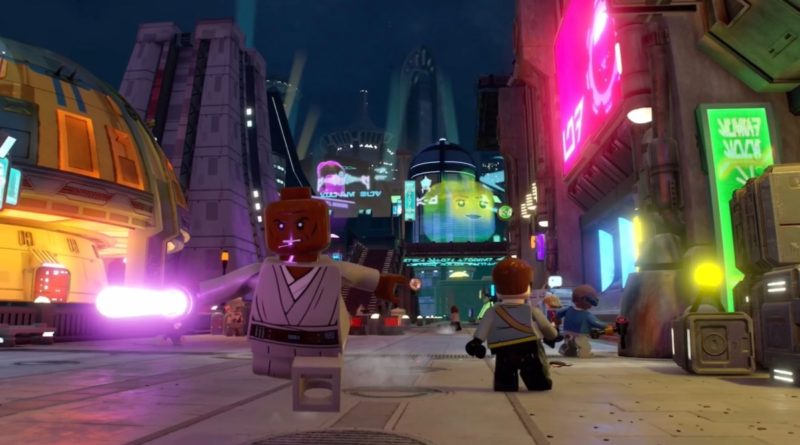 TT Games’ senior producer James Burgon has teased the full extent of planetary exploration in LEGO Star Wars: The Skywalker Saga, and it sounds off the charts.

Among those are prequel trilogy planets like Geonosis and Kamino, original trilogy staples including Hoth and Endor, and brand new sequel trilogy locations such as Pasaana and D’Qar. There’s also at least one saga-spanning planet in the mix in Tatooine, which initial game footage suggests will be depicted as it was seen in A New Hope and Return of the Jedi.

Also on the list is Coruscant, which developer TT Games’ senior producer James Burgon has used to demonstrate just how vast the explorable areas on these planets will be.

“The original LEGO Star Wars had Dex’s Diner as the sole hub area,” Burgon told GamesRadar. “Now, in 2022, leaving Dex’s Diner and being able to explore the Uscru District, then hop in a taxi to the Federal District of Coruscant, then take off in a ship into local space, and then fly off to an abundance of other planets and explore, is something we are truly proud of.

“We couldn’t stop until we had created a celebration of LEGO and Star Wars that really felt like the LEGO Star Wars galaxy had come to life.”

LEGO Star Wars: The Skywalker Saga won’t be the first LEGO video game to feature hub worlds – that honour technically goes to LEGO Batman 3: Beyond Gotham, which included multiple planetary hubs, and later to LEGO Star Wars: The Force Awakens, which did the same within the confines of a galaxy far, far away.

Being able to take a taxi across Coruscant suggests each of the planets in TT Games’ latest title will be far more expansive in scope and ambition than any previous games, however. Add in that LEGO Star Wars: The Skywalker Saga features more brick-built environments than ever before, and it’s starting to become clear why this game has taken so long to arrive.

It will finally do so on April 5, 2022, across most major gaming platforms. Check out our full pre-order guide to LEGO Star Wars: The Skywalker Saga to figure out which version you should pick up in April.