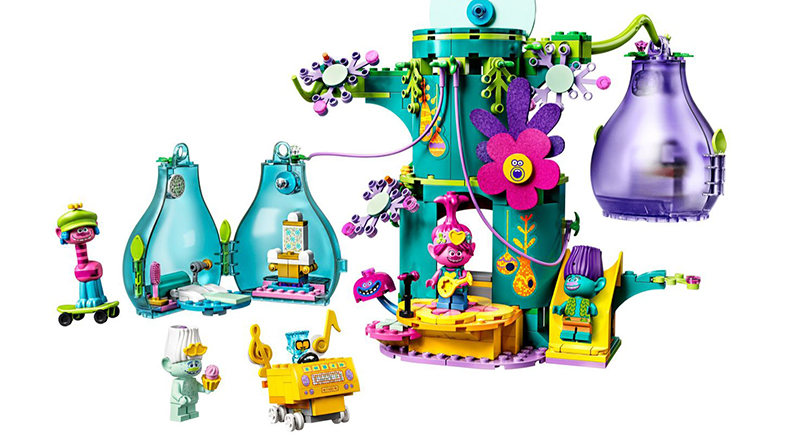 The new sets that will make up the LEGO Trolls World Tour have been revealed online.

Following the reveal of the unique minifigures, a first look at LEGO Trolls World Tour sets has been provided by Yahoo. The sets are based on the new Trolls World Tour film, which will take place four years after the original animated movie. Poppy and Branch (Anna Kendrick and Justine Timberlake) head out into the world where they encounter different tribes of Trolls, each with a different musical spin.

Brickset also has pricing and piece count information for the new sets;

Eagled-eyed fans will notice that as well as traditional bricks, there are pieces of felt in these sets, offering a nod to the origins of Trolls as the dolls with the ‘real feel’ hair. The wacky, colourful and varied sets are reminiscent of those from the Unikitty! theme.