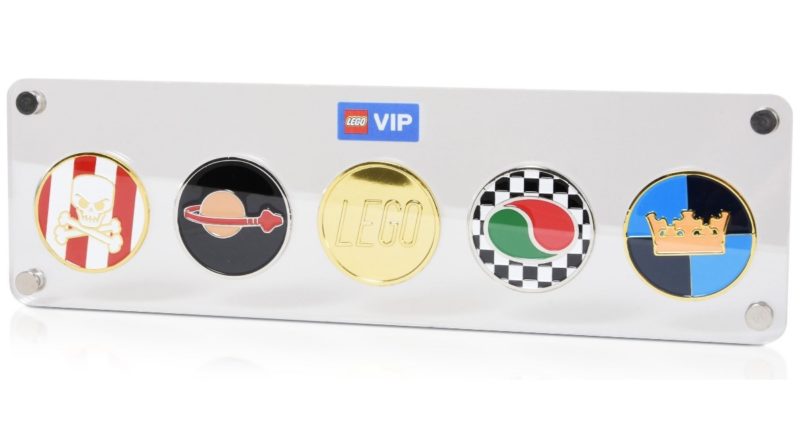 The second run of the LEGO VIP collectible coins has arrived in this US as the rewards return to the program after quickly selling out last year.

Anyone who missed out on the collectables the first time around will want to head over to the VIP rewards centre now to get all five of the coins based on moments from the LEGO Group’s history.

Elements and themes displayed on the five coins include Castle, Pirates, Town, Classic Space, and a recreation of the minifigure currency brick. To get all five, including the display case, you’ll need to have 6,900 points ready to redeem them.

Anyone who only missed out on one or just the coin holder last year can expect to pay 1,150 points each and 700 for the case. Be quick to redeem these rewards as they have been fetching high prices on eBay, even as recently as yesterday.

Should supplies last this time, the LEGO Group have promised to make the collectible VIP coins more widely available. Anyone in the UK or Europe has been able to redeem the rewards for a few hours already with stock still available in those regions. The same can be said for Australia and New Zealand where the rewards are also still available.