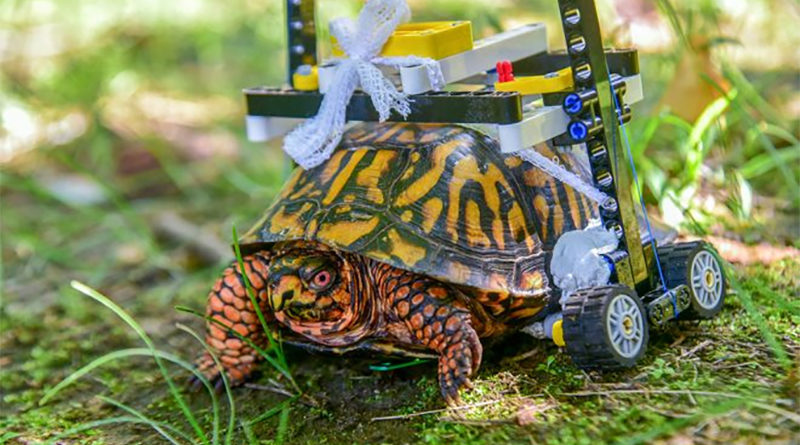 An Eastern box turtle has been released after recovering using a LEGO wheelchair.

Maryland Zoo has been taking care of an Eastern box turtle with a badly damaged shell. In a practice becoming more and more common, the zoo’s team built the reptile a wheelchair using LEGO bricks to help it get around while it recovered.

The 18 year old turtle was reintroduced to Druid Hill Park in Maryland, where it was first found two years ago. It underwent surgery during which the vets used metal bone plates, sewing clasps and surgical wire to hold its shell together.

“They don’t make turtle wheelchairs,” Fourth Year Veterinary Student Garrett Fraess said, and had help from a friend in Denmark to build a LEGO device that would keep the shell off the ground while it healed. The LEGO contraption was used until the long healing process was over, then it was removed and the turtle built up the strength in its legs while still ar Maryland Zoo.

Now, the turtle has been released back into Druid Hill Park, where its whereabouts will be monitored using a tracker.