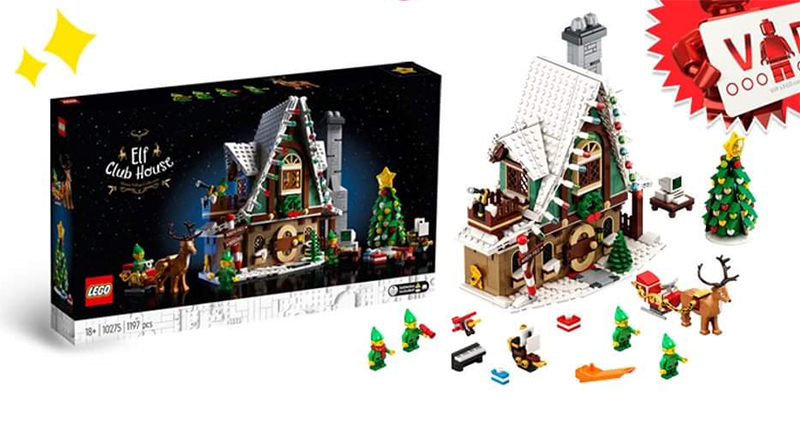 This year’s Christmas set has been unveiled, with fans now able to see LEGO 10275 Elf Club House in all its festive glory.

An image shared by the LEGO Group on Facebook, reported by Brickfinder, shows this year’s new festive release that would previously have been part of the Creative Expert theme. The recently rumoured set is 10275 Elf Club House and includes the LEGO Group’s first ever moulded reindeer.

The 1,197 piece set is due to launch on September 23, with no price announced yet. It builds a snow covered building where Santa’s elves hang out during their down time. It includes four elves and a moulded reindeer, plus mini models referencing LEGO sets from this year such as a pirate ship and piano.

‘Batteries included’ is mentioned on the box, suggesting their will be a light brick, as is traditional for the Winter Village sets.

As with all 18+ sets, 10275 Elf Club House comes in a black box to denote that it is intended for an adult audience.