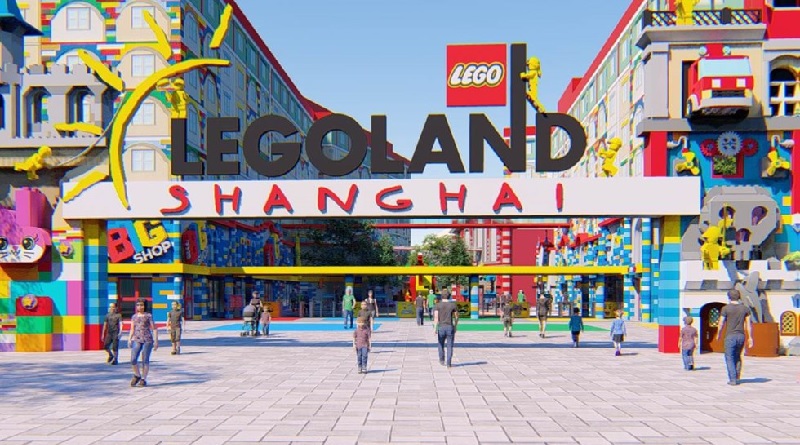 Merlin Entertainments, the now privately-owned company behind LEGOLAND theme parks, has announced that one of the world’s largest LEGOLAND resorts will open in the Jinshan District of Shanghai, China. A deal has been signed with Shanghai Jinshan District Government, CMC Inc. and the returning owners of the company, KIRKBI.

The £500 million project, which will be completed after 2023, was announced by the Executive Vice Mayor of Shanghai, Chen Yin, as part of the China International Import Expo. Merlin has been focusing on China since the beginning of 2018, with five midway attractions already open, mirroring the LEGO Group’s prioritisation of the region.

“I’m delighted that we are able to realise the development of a LEGOLAND Resort in Shanghai; one of the most vibrant cities in the world,” says Nick Varney Chief Executive, Merlin Entertainments. “A gateway city with modern consumers, Shanghai is already the home for many Merlin brands, and it has been our ambition for some time to build a full-scale theme park that offers the people of Shanghai and visitors to the area the opportunity to immerse themselves in a unique LEGOLAND experience. I’m honoured therefore to join our partners at this prestigious event and be able to announce this project which is a reflection of the scale opportunity in China and our commitment to developing our business here.”

“The LEGO brand has increased its presence, revenue and contribution in China during the past decade to create a positive impact on the development of the Chinese society with learning through play experiences,” says Jorgen Vig Knudstorp Executive Chairman, The LEGO Brand Group. “We are excited about the opportunity to bring LEGOLAND to Shanghai Jinshan. It will give Chinese families even more opportunities to experience the benefits of LEGO play and have fun together. We have been pleased with the positive response the LEGO brand has received in China. KIRKBI, the LEGO Group and LEGO Education look forward to continuing to invest to bring even more exciting experiences to families in Shanghai and the Yangtze River Delta.” 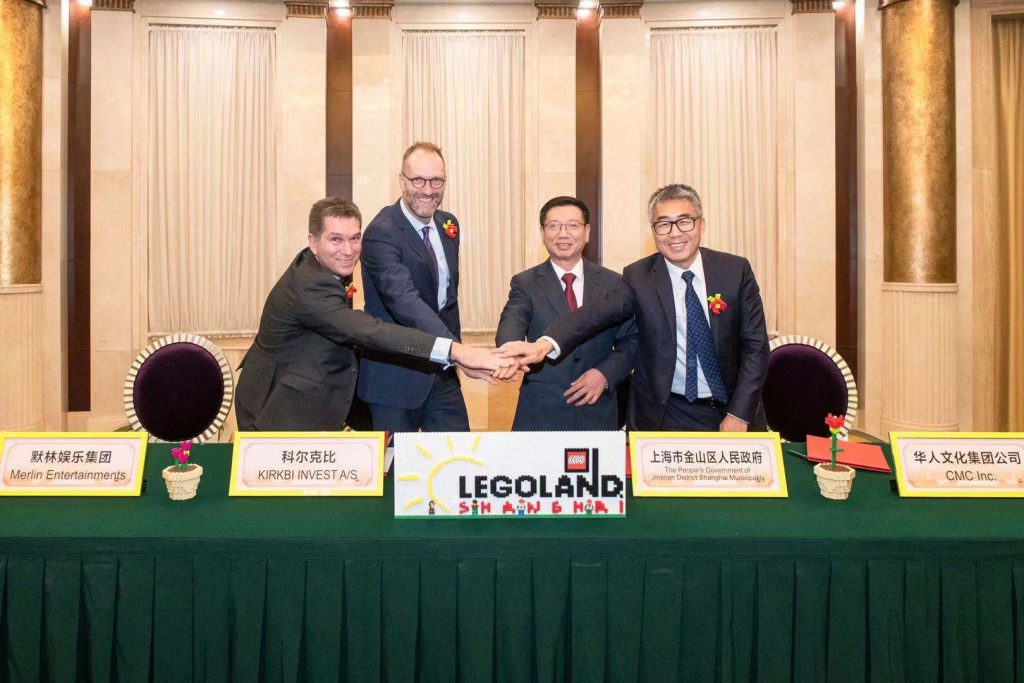 “The establishment of a LEGOLAND Park in Jinshan not only supports the economic bridge between Shanghai and Zhejiang province, and better contributes to the high-quality integrated development of the Yangtze River Delta region; it also promotes Shanghai as a theme park destination with Disney Resort in the East and LEGOLAND Resort in the west, supporting the local tourism economy,” says Mr. Hu Wei Guo Mayor and Party Secretary of Jinshan District, Shanghai. “For Jinshan, it is an important opportunity to further the momentum in our regional development, enhance the area’s attractiveness and competitiveness and facilitate the growth in consumption.”

“CMC Inc. has been a dedicated creator of premium entertainment content across on- and offline media,” says Mr. Li Rui Gang Chairman and CEO of CMC Inc. “Kids and family, and themed entertainment are major parts of CMC’s content strategy. With an accelerated evolution in consumer taste among younger generations, we’ve committed ourselves to become a key player and trailblazer within this sector. We are pleased to work together with Jinshan District, Merlin, and KIRKBI to make LEGOLAND Shanghai Resort an exhilarating destination.”

LEGOLAND Shanghai Resort will open after 2023, with LEGOLAND New York opening next year and LEGOLAND Korea opening in 2022.