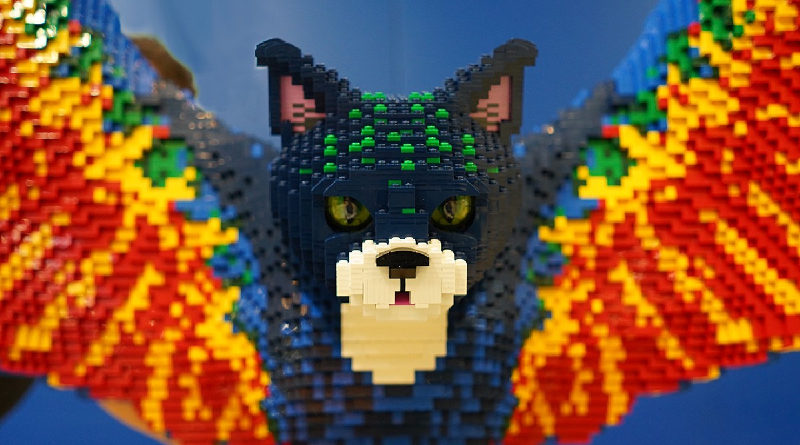 LEGO MYTHICA is looking to be home to many a mystical creature, big and small, as LEGOLAND Windsor reveals another of the beasts coming to the new land.

Following the reveal of the enormous Chimera model, the team at LEGOLAND Windsor has revealed a slightly smaller creature coming to LEGO MYTHICA. The ‘Parrocat’ is a new creature designed by the team at the resort, with a photo posted on Twitter giving a first glimpse at the model.

The ‘Parrocat’ model features a standard cat with the wings of a parrot, and it looks like it has the talons too. The colourful wings clash with the monotone fur of the cat, while some green spots dot the top of the head. Hopefully, this adorable creature is displayed close to the Chimera for what might be a good photo opportunity.

There are no details as to the piece count or how long this model took to build, but just like the new land itself, details are sure to come with time. LEGO MYTHICA is a new land at LEGOLAND Windsor that focuses on mythical creatures and is allowing fans to design one of their own that will be featured in the resort. The area will feature several new attractions, including one that will be the first of its kind in the UK.