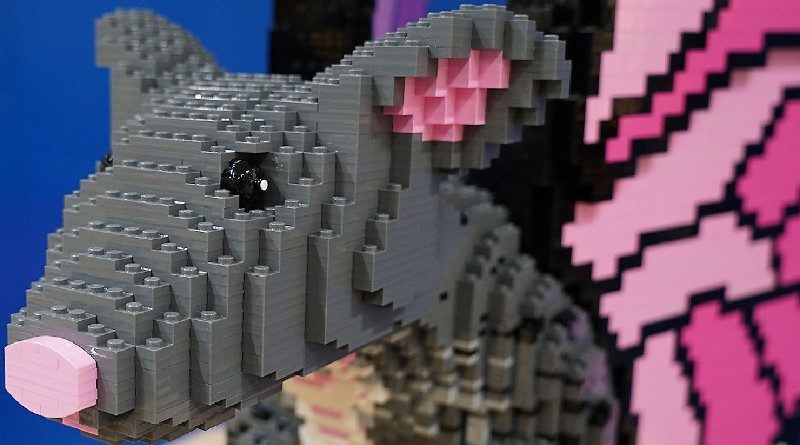 LEGOLAND Windsor Resort is continuing the reveals for the new MYTHICA land with another animal mashup, this time of smaller proportions.

So far, the model designers at LEGOLAND Windsor have revealed two of the huge builds that will be scattered throughout the new expansion. Now that total is up by one as the social media team for the resort have unveiled the Mouse Butterfly.

The new build was shown off on the resort’s Twitter and Facebook accounts, where it was revealed that the next mythical beast for the area would be another flying creature. In case it wasn’t obvious by the name, the Mouse Butterfly is a combination of two animals, a mouse and a butterfly, admittedly a slightly less creative name than the Parrocat.

The model will be on display at MYTHICA and is comprised of 10,717 pieces, but there is no word on how long this adorable creature took to create. LEGOLAND Windsor has already had two of the mythical beasts that will populate the land revealed, with the aforementioned Parrocat and the truly enormous Chimera.

Who knows what strange animal the LEGOLAND Windsor model designers will come up with next. There is at least one more model in the land as the result of the MYTHICA creature contest. The new area will open later this year and include a ride system that will be a UK-first, as well as being an original Idea for the theme park, rather than based on an existing theme, as far as we currently know.