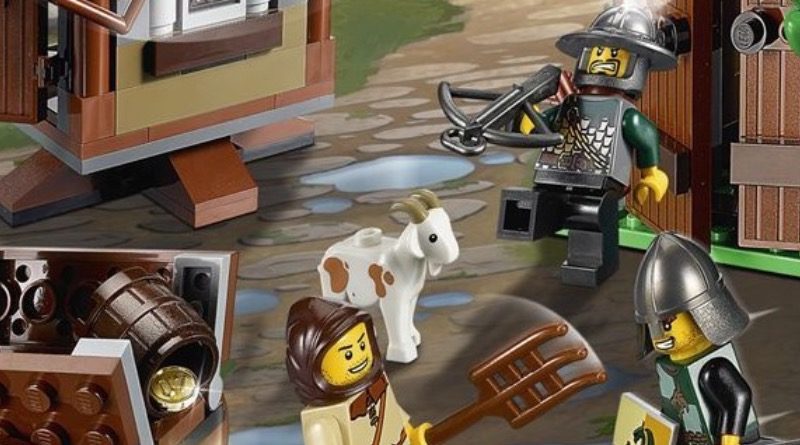 The designers of LEGO Ideas 21325 Medieval Blacksmith have revealed they know how much the goat is coveted – but the decision to bring it back was apparently out of their hands.

As is often the case with LEGO Ideas sets, Clemens Fiedler’s original concept for the Medieval Blacksmith changed dramatically during the design process. The final model’s colours are brighter, the layout is slightly different, and there’s no goat.

That latter change has proven a particularly sore spot among the wider community. We haven’t had a LEGO goat since 2011’s Kingdoms 7189 Mill Village Raid, and the Medieval Blacksmith seemed like the perfect opportunity to resurrect the much-requested (and incredibly expensive) animal.

During a recent roundtable interview with select LEGO Fan Media (including Brick Fanatics), designers Wes Talbott and Austin Carlson spoke about the challenges the company faced in bringing the goat back into the fold, so many years after its first – and only – appearance.

“We all know the goat is coveted, because of how quick it ran and how limited it was,” Austin explained. “The problem was that, with all the moulds that we have in the company, some of them have to be given up so we can make way for the new moulds. And [we had] such a big drought of not having any place to use a goat, so we’d lost the mould for that.”

By the time the LEGO Group had cause to bring back the goat for 2018’s 21315 Pop-Up Book, the required mould was history. But as Sam Johnson recently tweeted, that didn’t stop the Ideas team from trying.

“We actually went to the Vice President of Design to talk about the goats,” Austin continued. “So we really did try to do the best we can with that, but even we have limitations with what we can and can’t do.”

The final set swaps out the highly-requested goat for a horse, much to the chagrin of bovine fans everywhere. But 21325 Medieval Blacksmith’s horse still offers something new, because it’s the first time the posable version has been available in tan – and according to Wes, it’s also the animal that made most sense in the wider context of the set.

“Because we have these limitations, we find ourselves having to choose between things like expensive animals – whether it’s a couple of chickens, or even one chicken or one horse. Sometimes the smaller stuff takes more than you would think to produce,” he elaborated.

“So in this case, we felt like the horse was really the the strongest addition to the set, because it draws the carriage, we could make it a new colour, and it’s a larger animal overall. So yeah, I would have loved to have some chickens, but we have to make some cuts somewhere.”

21325 Medieval Blacksmith is available now from LEGO.com, and while it doesn’t include any goats or chickens, it’s still very much worth your time – not least because it brings the Black Falcons back into the fold. You can find out why the design team opted for that specific faction right here.