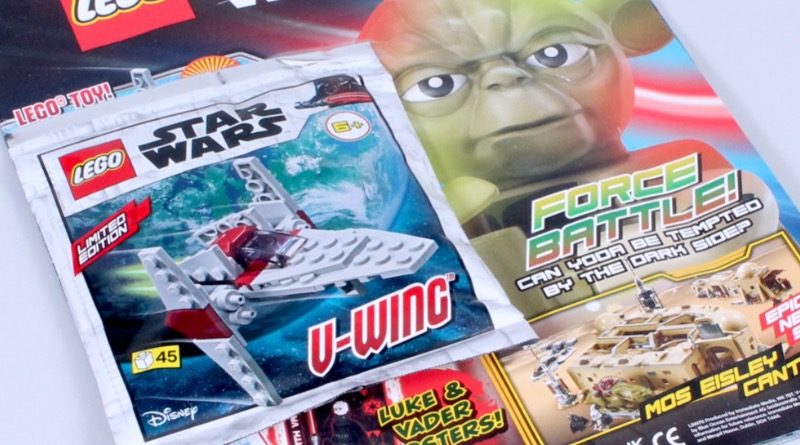 Issue 70 of the official LEGO Star Wars magazine is now available at all good retailers, and brings with it a mini model from the glory days of the prequel trilogy.

We last saw the Republic’s V-wing in LEGO bricks in 2014, which represents a huge gulf of time between redesigns for any Star Wars ship (at least in a world where X-wings and Landspeeders roll out of Billund on the reg).

The foil-bagged freebie attached to the cover of Immediate Media’s latest LEGO Star Wars magazine isn’t quite on the level of 75039 V-wing Starfighter, but it should placate fans hoping for another prequel trilogy build ahead of this summer’s rumoured sets.

You can take a closer look at the 45-piece mini model by clicking here. While the V-wing will rightly be the main reason for adult fans to spend £3.99 on this issue, there’s also plenty inside to keep younger fans entertained, too – including the usual mix of puzzles, comics, posters and activities.

Browse the gallery above for a peek inside the mag. Next month’s issue pivots back to the original trilogy for another tiny replica of a classic Star Wars ship, the TIE Bomber – perhaps hinting at a future System-scale version (if we’re lucky).