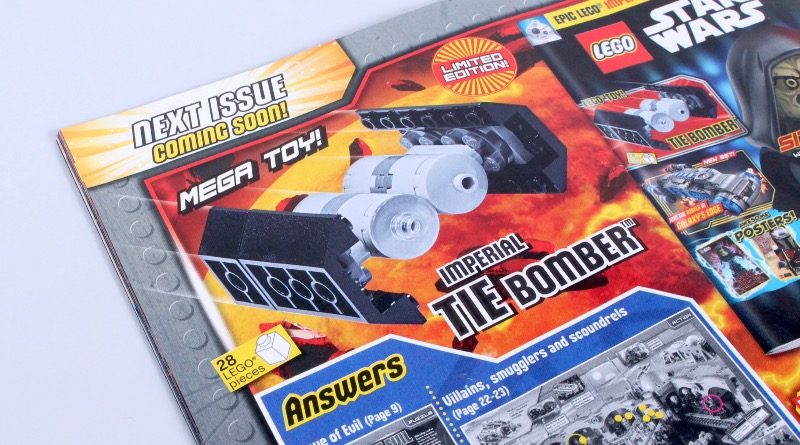 Next month’s LEGO Star Wars magazine includes yet another mini version of the TIE Bomber, keeping the relatively-obscure ship at the forefront of fans’ minds.

We haven’t seen a full-sized iteration of the Empire’s most lethal fighter since 2003’s 4479 TIE Bomber, but the LEGO Group has come through with multiple mini builds of the ship over the years – most recently in 2013’s 75008 TIE Bomber & Asteroid Field.

Between the tease in Issue 69 and the mini model included with Issue 71 of Immediate Media’s officially-sanctioned LEGO Star Wars magazine, it feels like the LEGO Group is now attempting to seed the idea of another minifigure-scale version with its primary demographic.

The foil-bagged freebie attached to next month’s cover comes in at just 28 pieces, which is even fewer elements than the 45 used to construct a Republic V-wing in this month’s issue – but you do get a couple of larger pieces for what will presumably be a consistent £3.99 cover price. And at this scale, any more bricks would arguably be a waste.

You’ll be able to grab the dual-hulled mini TIE Bomber from May, although no specific street date is listed in Issue 70, which is on shelves now. You can take a closer look inside this month’s mag by clicking here.