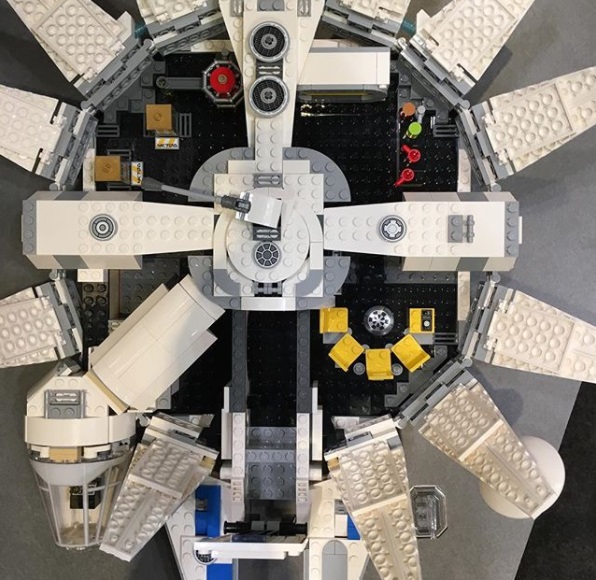 New images coming out of New York Toy Fair reveal what the LEGO Star Wars 75212 Kessel Run Millennium Falcon’s interior looks like, as well as what the deal is with the front centre section.

The Star Wars obsessives at Rebelscum are on the ground at New York Toy Fair, and have shared images that reveal what the interior of LEGO Star Wars 75212 Kessel Run Millennium Falcon looks like. As with the exterior, the ship that will appear in Solo: A Star Wars Story looks very different to the one that fans know from the classic trilogy.

Here are the images from Rebelscum:

The first image shows 75212 Kessel Run Millennium Falcon as it was in the officially released image. The second image reveals the interior. Inside, are four plush yellow seats surrounding the Dejarik holo-board, an area for created and a refreshments area with cups. It is a very different interior to any other Millennium Falcon set released so far. The final image reveals how the centre section detaches from the rest of the ship – it looks like it detaches as a separate vehicle.