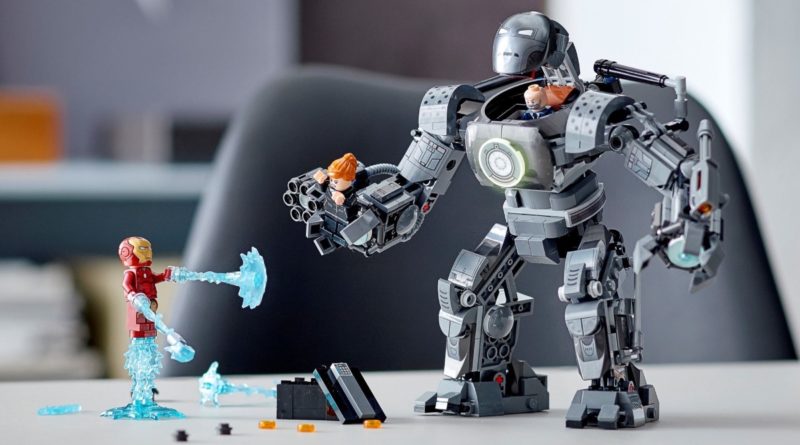 Marvel has reportedly retired its ‘Infinity Saga’ branding, but more LEGO sets based on older MCU films are still on the way this summer.

With plenty of movies, scenes and characters still left untouched by the LEGO Marvel line-up – regardless of any new films coming our way – that subtheme showed excellent promise for rounding out our superhero collections. The good news is that there’s still potential for a more comprehensive approach to the MCU in LEGO: it will just be part of the Marvel Studios Legacy Collection.

That’s the new branding that’s apparently already replacing the Infinity Saga, presumably in an effort to expand the collection’s scope beyond only the first three phases and into any and all historic MCU content. A simple tweak in phrasing opens up the LEGO Marvel theme to revisiting Phase Four films (Spider-Man: No Way Home, anyone?), Disney+ TV shows and any future spin-offs.

The Toy Book reports that ‘additional news on Legacy Collection products from LEGO and Funko will be revealed this summer’, confirming that at least some of this summer’s Marvel sets will continue to dive back into MCU history. At the moment, a total of 10 more LEGO superhero sets are rumoured to be on the way across 2022, including five based on Marvel.

Among those are supposedly products inspired by Iron Man 2, Guardians of the Galaxy 2 and Avengers: Age of Ultron, all of which would fall under the remit of the Marvel Studios Legacy Collection. There’s currently no word on whether the other five sets will belong to Marvel or DC, though.

Two new LEGO Marvel sets have just launched at LEGO.com, tying into July’s Thor: Love and Thunder. 76207 Attack on New Asgard and 76208 The Goat Boat both include minifigures of Thor, Mighty Thor and Gorr (it rolls right off the tongue), while the larger of the two sets also includes Valkyrie and Korg.

But thanks to the Marvel Studios Legacy Collection, they may not be the only sets we ever receive from the Thor-quel…