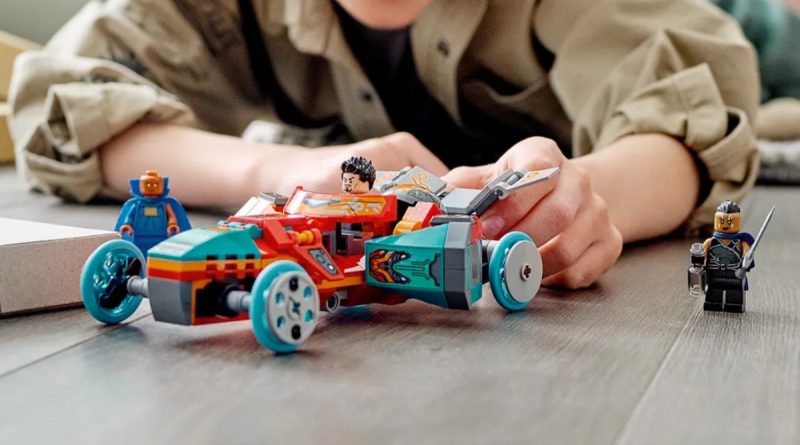 The second season of Marvel Studios What If…? may explain a strange race car rebuild featured in LEGO 76194 Tony Stark’s Sakaarian Iron Man.

The Marvel Animation panel at San Diego Comic-Con 2022 shared news about the various animated projects in development, including the second season of What If…?. For the uninformed, What If…? reimagines moments in the Marvel Cinematic Universe if they had gone down a little differently. This culminated in a team of heroes being gathered from across the multiverse, including Gamora from an episode that was seemingly delayed to the second season.

This episode still received a LEGO set in the form of 76194 Tony Stark’s Sakaarian Iron Man, which had a strange race car alternate build. Now, Buzzfeed reports that the second season will feature a racing episode with Valkyrie and Iron Man – both of which were included in the model.

Considering this, it looks like the race care build in 76194 Tony Stark’s Sakaarian Iron Man wasn’t just a creative inclusion by the LEGO designers but a key part of the episode on which the set is based on. We’ll have to wait until 2023 to see the full context for 76194 Tony Stark’s Sakaarian Iron Man though you can pick up the build from the official online store in the meantime with The Watcher included as an exclusive minifigure.

However, the other What If…? set – 76201 Captain Carter & The Hydra Stomper – may be relevant in the second season too as the source also reports seeing Captain Carter and Black Widow reuniting with Steve Rogers, which may tie in with an ending scene from the first season of What If…? where the Hydra Stomper was recovered by the duo, cutting away before we saw who was inside the mech.

What If…? Season 2 will return in early 2023 and a third season has already been confirmed. That wasn’t the only news from Marvel Animation at San Diego Comic-Con though – far from it – as you can read by clicking through to our initial report.